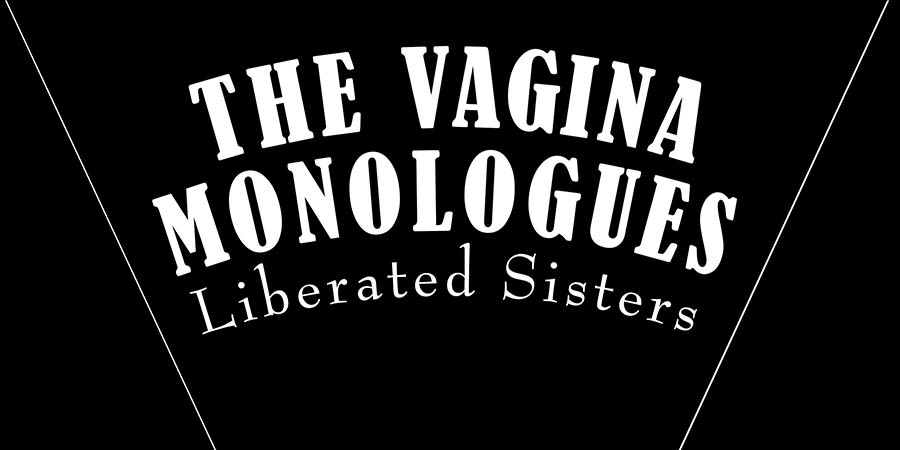 The Vagina Monologues: Liberated Sisters is a performance that tells the stories of women: white, black, trans, Native American, East Asian, and others. We will share excerpts from Eve Ensler’s The Vagina Monologues plus original music, dance, and monologues inspired by local women. Sparking many movements across the globe, Eve Ensler’s work continues to activate change by confronting the silence surrounding vaginas and sexuality as well as creating spaces for marginalized voices to share their stories.

Through the arts’ transformative power, this performance will revolutionize people’s perspectives of what they know women to be.

Talk-Back:
There will be a short talk-back with Director, Sadie Barbee directly after the show on Thursday, Feb. 13th in the theater.  Repetition Coffee will be available for purchase.

Trigger Warning:
The Vagina Monologues are a series of short monologues written by Eve Ensler based on her interviews with a variety of women. This production has mature content. Themes range from pubic hair to childbirth.

This show contains intense discussions of sexuality, domestic abuse, rape, and sexual violence. If you at any time feel uncomfortable or unsafe please do not hesitate to excuse yourself from the auditorium. Your personal comfort and safety are a priority.

There will be no intermission for this production. Run time is approximately 75 minutes. 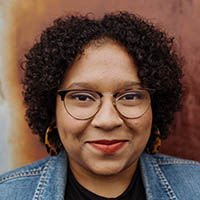 Sadie Barbee has been a part of the Lawrence theatre community since the young age of seven and has worked many sides of the theatre industry including acting, choreographing, directing, stage managing, and devising. Her most recent roles include playing the role of Ms. Teavee in the Lawrence Arts Center’s production of Willy Wonka as well as starred in Atmosphere, a show from the Theatre and Dance for the Very Young program. In March, she will be going back to her high school alma mater to direct the popular variety show Encore. Next, Sadie will be heading overseas to do theatre and music based missionary work through YWAM in London. 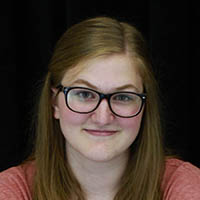 Eliza Divine has been performing since before she could tie her shoes. This is her first professional job at the Lawrence Arts Center, and she is delighted to be a part of such a liberating show as both the Assistant Director and a cast member. She was last seen on the stage at Kansas City Kansas Community College’s performance of No Exit as Inez. She looks forward to continuing her adult life in the theatre arts here in Lawrence and wherever life takes her. 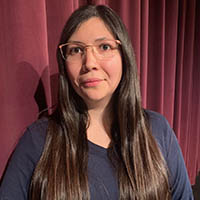 Michelle Sturges-Brown currently teaches composition and literature courses as well as a gender, sexuality, and literature course she recently created at Haskell Indian Nations University. She also volunteers to bring diverse poetic and literary voices and writing opportunities to her inter-tribal community. She has not been on stage since the eighth grade, but she’s proud to be a part of The Vagina Monologues: Liberated Sisters at the Lawrence Arts Center.

Christie Scanlin Dobson is a 3rd year Doctoral student in Special Education at the University of Kansas. The focus of her work is the use of expressive arts, especially theater and film, for healing and social awareness. She was recently seen in the Lawrence Arts Center’s production ReThink: I Am a Veteran and When the Rain Stops Falling at KU. She produced the films What We’ve Become and a new short film, Untitled, with Nicole Hodges Persley. Christie is a co-founder of Women of Lawrence Film. 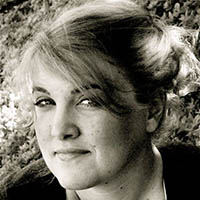 Samaria Fleig made her way back to the Sunflower State and graduated from Emporia State University with her BFA after five years in California working with Coast Kids Theatre, New Vision Theatre Group, and the Star Theatre Co. She has found her home here in Lawrence and at the Lawrence Arts Center as the Technical Director and Production Manager for performing arts. Working with this amazing group of strong, intelligent, badass women, has been nothing short of pure inspiration. She is so very thankful for the strong women in her life that support and encourage her through all of her wild adventures. 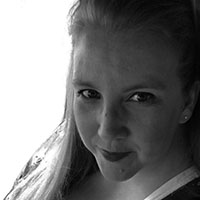 Ceridwen Goulter has been a part of the Lawrence Arts Center theatre program off and on for the past 20 years. In those years she has served multiple productions in many different roles including director, assistant director, stage manager, costumer, makeup designer, and supplemental education coordinator. She is thrilled to finally be back on stage as a performer. This production has provided a fantastic opportunity for Ceri to work with long time friends and develop new connections with other amazing women in the Lawrence theatre community. In her non-theatre time, Ceri works for the Lawrence Public Schools in the Technology Department.

Margaret Morris is a fourth generation feminist; one in a long line of loud, proud, strong women who paved the way for her to be whoever and whatever she decided she wanted to be. To a person, the women in her family are all working to change the world, they even have their own t-shirt motto: “the world is looking for a leader, and The Erickson Women are happy to oblige.” She puzzled them all by becoming an artist instead of the doctor they thought she was destined to be, but now they totally get it. When she isn’t being an artist, and sometimes when she is, Margaret has a regular gig as the CEO of the Lawrence Arts Center. She is excited to work with the women in this iconic show, and for her daughters and the people in her life to see her in it, especially during Women’s History Month. 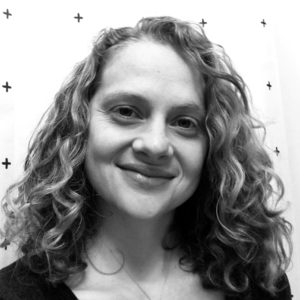 Alex Olson is a dancer, choreographer and visual artist and lives in Lawrence, KS. She received her BFA from Washburn University in 2014 in Fine Arts, specializing in printmaking. Alex started studying all forms of dance at a young age, and began choreographing in high school. Most recently, she has performed in the LAC productions of The Kansas Nutcracker, Cinderella, Thumbelina and will be featured in the upcoming show, The Snow Queen. Alex also works as the Development Coordinator at the Lawrence Arts Center and LAC Coordinator on the project team for the East 9th Street Project. 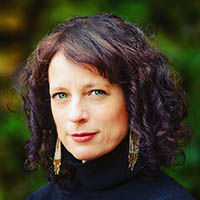 Kirsten Paludan is a musician, actress, and composer from Lawrence, KS and a graduate of KU (1996). The singer/songwriter has two full length solo albums and one EP to her credit, has collaborated on numerous local and national releases as a guest artist, and is a member of four bands. Last fall at the Lawrence Arts Center, she composed the music for Rethink: I Am a Veteran, a documentary ethno-theatre piece, which she also performed in and helped to devise and create. In 2020, Paludan will debut the original music for Vagina Monologues and in the spring will collaborate with Ric Averill on the score for The Silent One, a contemporary climate change folk tale for all ages. Paludan began her career as an actress, appearing in the films Ride with the Devil (1999/Ang Lee, dir.) and CSA:The Confederate States of America (2004/Kevin Wilmott, dir). A producer/director, as well, Paludan developed Cabaret du Monde (2017) and Cowboy Cabaret I & II (2015/2016) for the Lawrence Arts Center – a series of themed cabaret performances to feature her different musical projects and diverse performers from the region. She has also toured nationally with her opera singing sister and their ever evolving sister act – in January 2017, their show Music of the Mind premiered at the Lied Center of Kansas in Lawrence. Community focused and supported, Paludan is a vocal coach and private music teacher, and is a mentor/coach for River City Rock Camp (youth and adult). 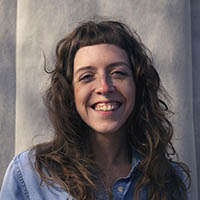 Amanda Pintore is a director, choreographer, and educator focusing on movement and dance education, devised theatre, and making theatre and dance performances with and for 2-6 year olds. She is the Associate Director of Performing Arts and Education and the lead coordinator for the Theatre and Dance for the Very Young program at the Lawrence Arts Center. She is also the Associate Artistic Director of Kerfuffle, a Midwestern theatre and dance company devoted to creating performances with and for 2-5 year olds. She recently performed wonderwander, a dance performance for 2-5 year olds, at the Dance and the Child International Congress in Adelaide, Australia. She has an MFA in Theatre for Youth from Arizona State University. 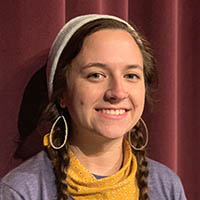 Sue Redican is a local creative, and a first time-performer to the Lawrence Arts Center, having recently moved back from Houston, TX. After being formally trained as a vocalist, Sue began exploring the creative realm of language, culinary/cuisine, and writing. She majored in Spanish Literature and Economics at the University of Kansas. In her free time, Sue enjoys bouldering, rock climbing, yoga, community outreach, activism, writing and illustrating original works, and is one of the head baristas for locally-owned brunch restaurant, The Roost. Sue plans to pursue a Masters Degree in either Business Administration or Economics in the new year. 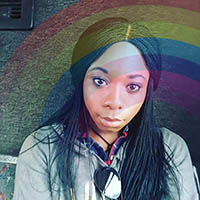 Tori Smith is a born and bred Lawrencian who studied theatre at New York University’s Tisch School of the Arts before moving to LA and finally returning home to pursue meaningful artwork in community Theatre. She’s most recently been seen in LAC’s version of Willy Wonka and the Chocolate factory portraying Grandma Josephine and has many more local performances and appearances in the works. Follow her on all her social media platforms at Tori Smith. 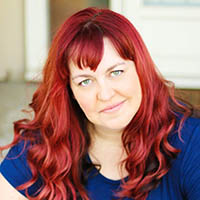 Melia Stockham is a life-long performer who has been involved with local theatre, dance, and choreography for over 20 years. Most of her stage time has been with Theatre Lawrence with recognizable roles including Mary Poppins in 2014, and Magenta in the most recent performance of The Rocky Horror Show. She has choreographed various musicals and instructed tap classes to both children and adults. She also sings in cabarets and with a local band Coversmith. Melia holds a PhD in Management and works in leadership development. She also provides coaching and consulting services through her agency FLIGHT Leadership that encourages individuals to flourish, learn, inspire, grow, help and thrive. 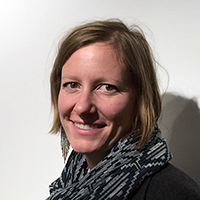 Kyla Strid has a BFA in Ceramics from the University of Alaska Anchorage and an MFA from Ohio University. Kyla has extensive professional experience working as a ceramics studio technician, studio manager, gallery manager, and curator at various institutions across the country. She also has been awarded numerous artist residencies around the globe and consulted on an archeological dig on Crete. Currently, Kyla is the Director of Residencies and Adult Education at the Lawrence Arts Center and has a studio at Seed Co. Most of her spare time is dedicated to producing pots or prints, however, throughout her career she has intermittently been involved with theatre productions (always behind the scenes). This production is her first time on stage. 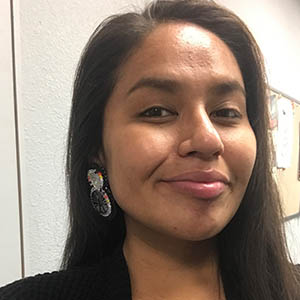 Sierra Two Bulls is an Oglala Lakota from the Oglala Sioux Tribe on the Pine Ridge Reservation in South Dakota. She is an adjunct faculty of social work in the Indigenous & American Indian Studies Department, College of Natural and Social Sciences at Haskell Indian Nations University. She is also a proud alumna of both Haskell and KU. 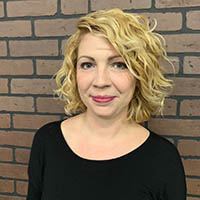 Jamie Urban is thrilled to put down the needle and thread to be performing with such an amazing group of women! Jamie is the Costume Shop Manager for the Department of Theatre and Dance at the University of Kansas and has not been in a live performance since the mid-2000s. However, you may have seen her costume creations on the LAC stage for the productions of Thumbelina and Chicago. When she’s not in the theater she is busy loving on her pittie pups Mason and Josie. She’d like to thank her friends and family for their endless support.