The Art of Improvisation in Indian Classical Music 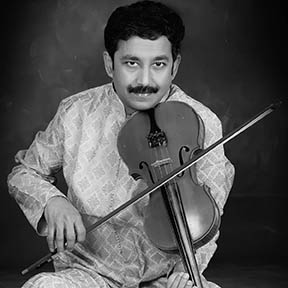 Purnaprajna Bangere comes from an important school of violin players in India. He had rigorous training under the well known south Indian violinist and a teacher of great repute HKN Murthy. HKN Murthy is the student of the legendary Indian musician M. S. Gopalakrishnan. Purnaprajna is a representative of his school, and plays the style of music known as the Parur style, characterized by high technical virtuosity and musicianship. In the last two years, he has been invited to give solo recitals in prestigious music festivals such as the Learnquest Music Festival in Boston, the Cleveland Music Festival and the Toronto Music Festival. Purnaprajna has recently come up with a geometric framework to explore integration of various genre and is currently working with David Balakrishnan. He is a professor of Mathematics and Music at the University of Kansas in Lawrence. Purna’s music website is: www.purnaviolin.com 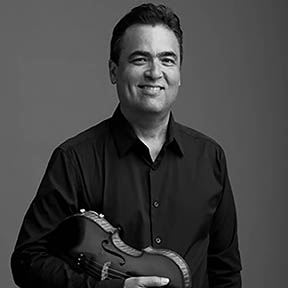 David Balakrishnan, composer/violinist and founder of the Grammy-winning Turtle Island Quartet, was born in Los Angeles, California in 1954. After graduating from UCLA in 1976, he quickly established his reputation as a talented young improvising violinist, appearing on many recordings and making guest appearances with the David Grisman Quartet and jazz violin legend Stephane Grappelli. Under his direction, Turtle Island has won 2 Grammy awards and David himself has been nominated 6 times, most recently a 2015 nomination in the Jazz composition category for his piece, “Confetti Man.” Considered an important musician/composer, in 2015 David was awarded the Chamber Music America’s prestigious Classical Commissioning Program grant, supporting a full-length work commemorating the quartet’s 30th anniversary season. 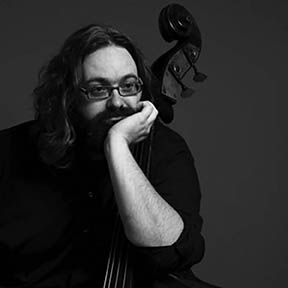 Jeff Harshbarger was voted 2011 Person of the Year by Plasticsax.com and Best Bassist by Pitch Magazine, and has had quite an eclectic career. A prolific composer and bandleader in his own right, Jeff has recorded and performed across the globe with varied artists of repute. He is a co-founder of Tzigane Music, an artist-run collective and record label, and is the curator of Jeff Harshbarger Presents: An Alternative Jazz Series, promoting new improvised music in Kansas City. Jeff also hosts Wednesday’s Jazz in the Afternoon from 1-3 pm on 90.1 FM KKFI. 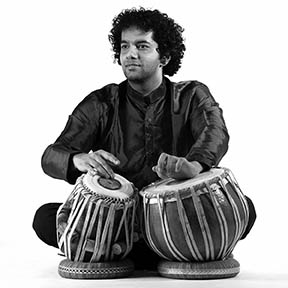 Young and talented Amit Kavthekar (the last disciple of the late Ustad Allarakha) has rhythm running in his veins. At the early age of six when most the children of his age were playing, he was being groomed in the art of tabla playing by the great maestro Ustad Allarakha. He was fortunate to be taught tabla intricacies by the world famous tabla maestro Ustad Zakir Hussain beginning in 1991. Amit has played with some of the greatest Indian musicians, including Ustad Zakir Hussain and Sivamani on Zee Tv in India, and Pt. Shivkumar Sharma in his documentary directed by Jabbar Patel in India. He has accompanied Pt. Jasraj, Ustad Shahid Parvez,  Ustad Ashish Khan, Pt. Buddhadev Dasgupta, and Pt. Kushal Das. Presently Amit is teaching at the New England School of Music in Boston, MA.