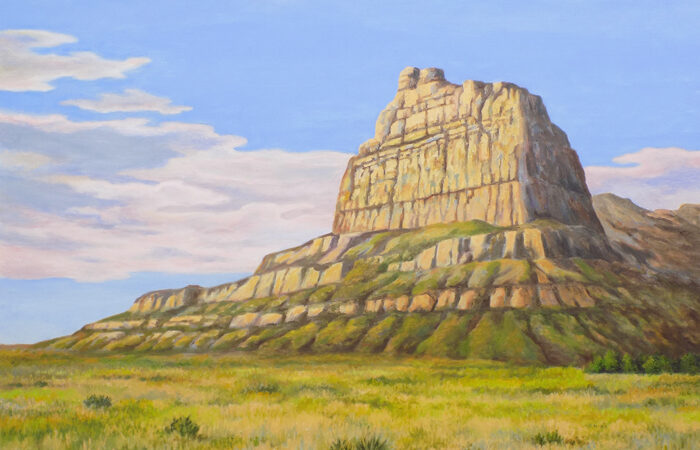 Nick Gadbois grew up around Minneapolis and became fascinated with prairie America and the west on family vacations. The wide open spaces and sense of adventure had a lasting effect on him. In 2015, Gadbois moved to Kansas City where he has exhibited in a number of art galleries. Hearing stories about the Flint Hills, he decided to explore them and fell in love with the landscape. Further road trips in Kansas led him to do a series of work about the pioneers’ trek West. Gadbois was attracted to rock formations that served as wayfinders for them. He was also drawn to places where wagon tracks are still visible on the land.

Journeys west led him to seek out the old remaining sections of old Route 66, known as the Mother Road.  This route was traveled by a new set of pioneers looking for a better life in the 1930s and 40s.  The idea came to Nick to combine the two themes for the show at Lawrence Arts Center, the landscape of prairie America and stopping points along old Route 66.  Gadbois sees both subjects as quintessential to the American experience. 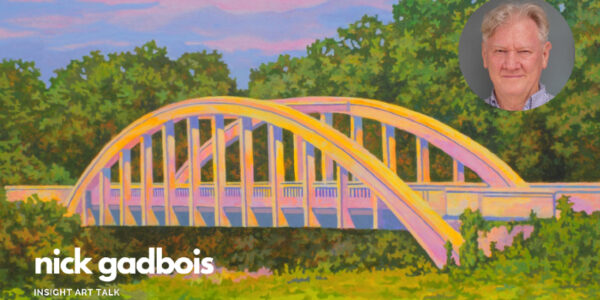 Join us for an INSIGHT Art Talk with artist, Nick Gadbois as he talks about … [more]