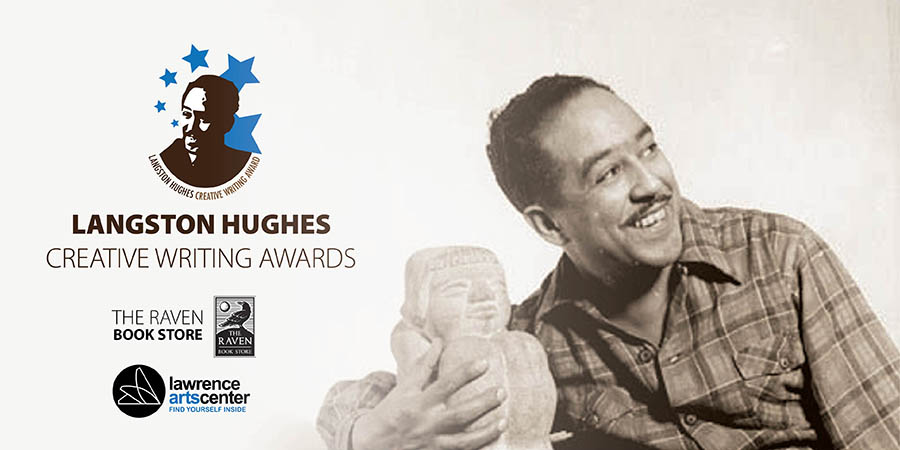 Celebrate Langston Hughes’ birthday, with a reading reception with birthday cake at the Lawrence Arts Center. Music will begin at 6:30pm, followed by the party at 7:00pm.

The winners of the 2017 Langston Hughes Award for writing are poet Mercedes Lucero and fiction writer Chloe Seim. Co-sponsored by the Raven Book Store and the Lawrence Arts Center, the award honors the work of Hughes who spent his childhood in Lawrence, Kansas. Each year, the $500 award is given to two writers to encourage and support Douglas County, Kansas residents who continue in Hughes’ tradition of portraying life experience through poetry and prose.

Mercedes Lucero is a writer whose prose, poetry, and book reviews have appeared in Curbside Splendor, The Chicago Tribune’s Printers Row Journal, The Pitch, Heavy Feataher Review, among others. Her short story, “Memories I Cannot Recall,” was nominated for a Pushcart Prize. She holds an MFA from Northwestern University and is currently pursuing her Ph.D. in Creative Writing at the University of Kansas. She is the Assistant Fiction Editor of Beecher’s.
Chloe Seim grew up on a small farm before moving to Salina, Kansas. In 2014, she received a BFA in Art History from the University of Kansas. Her fiction has appeared in Midwestern Gothic, where her story, “Wilson Lake, 1999,” was named runner-up in the 2015 Lake Prize in Fiction. Her nonfiction is forthcoming in Doll Hospital Journal. Currently, she resides in Lawrence, Kansas as she works as a clerical assistant and barista on the weekends.