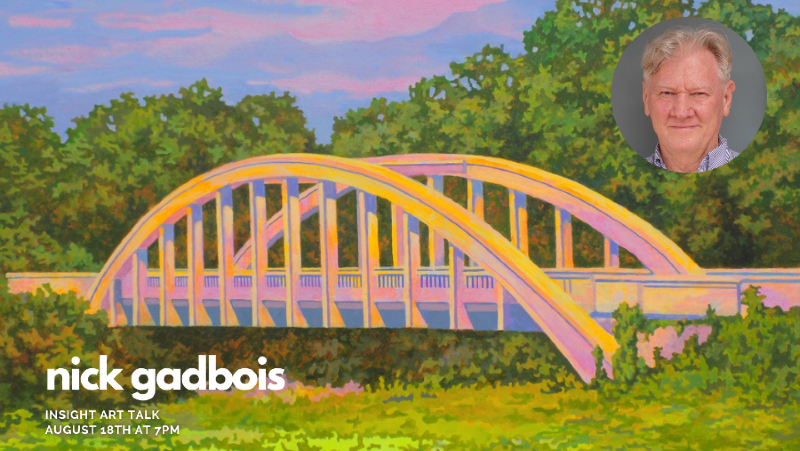 Join us for an INSIGHT Art Talk with artist, Nick Gadbois as he talks about his current exhibition, The Way West. A series of oil paintings that start in the MidWest and make their way west on Route 66.

The son of a commercial illustrator, Nick Gadbois was introduced to surrealism and pop art as a teen. In the late 1980’s he began painting and exhibiting at galleries in Los Angeles. Here he started to use cement as a medium for painting. He received an undergraduate degree in art from Portland State University in 2004 and his graduate degree from Vermont College in 2008. His paintings have been exhibited in San Diego, Portland, Seattle, Los Angeles, Santa Fe, Taos, and Kansas City. His cement work led to public art projects. In 2008 he was commissioned to create 13 precast cement panels for the Tri Cities Cancer Center in Kennewick, Washington. He was awarded an art project to create an exterior precast cement mural for the University of New Mexico which was completed in 2013. Gadbois uses real-life material objects to make abstract paintings. He has invented a new approach to abstraction that is not based on imagination but on real-life phenomena. 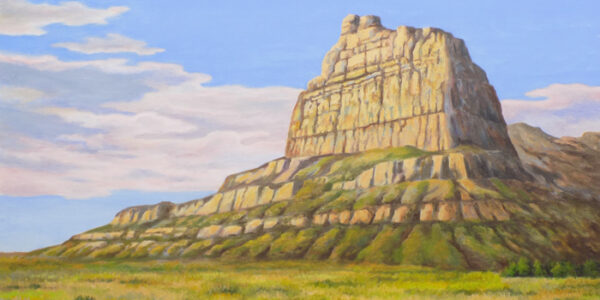