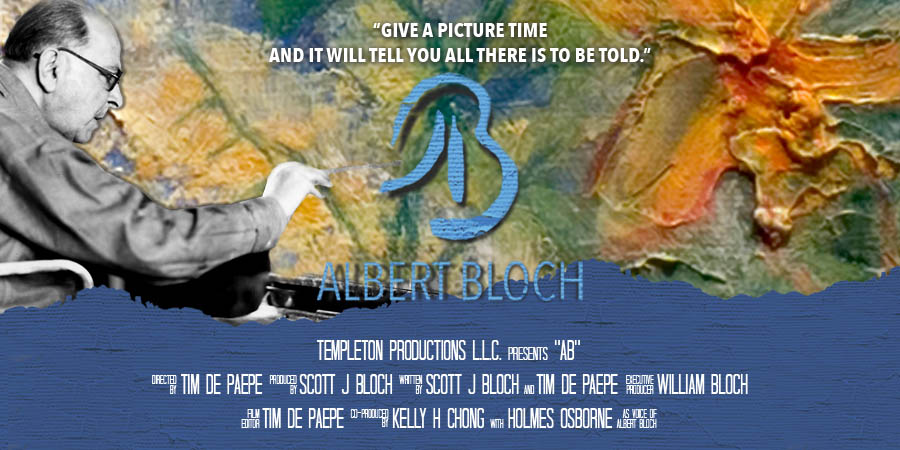 Enjoy the first-ever Lawrence screening of the only documentary about local painter and KU art professor Albert Bloch. Bloch was the lone American of the revolutionary German art movement Der Blaue Reider that included artists Wassily Kandinsky and Franz Marc. After Bloch left Germany in 1921, he retreated to Lawrence Kansas, hidden from the commercial art community until his death in 1961. Bloch’s work was rediscovered after his widow, Anna Bloch, unveiled his paintings to the Nelson-Atkins Museum of Art in 1984. Since then, Bloch’s art has stunned the international art community, provoking disputation on his contribution to the birth and rise of modern art. As historians continue their debate, Bloch’s paintings now hang in influential museums around the world. Regardless of opinion there is no question Albert Bloch is a pivotal international artist who occupies a space in the pantheon of painters who shaped the 20th century.