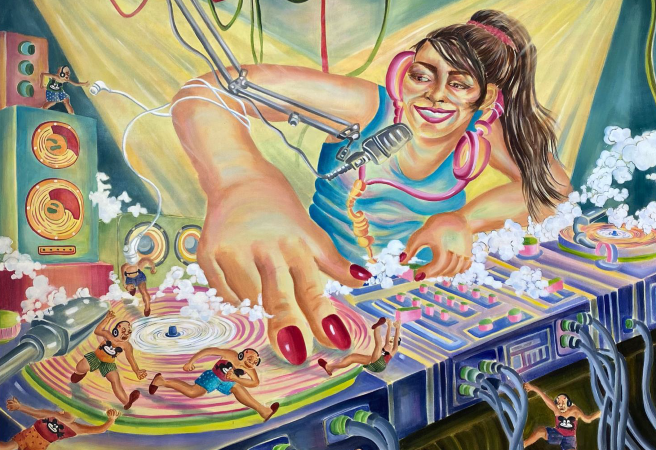 Elena Masrour’s work is inspired by the proliferation of religious propaganda over the last half-century in her home country, Iran, and the social changes following the Revolution. She represents a generation of Iranian people who aspire to be modern when religious leaders continue to weaponize the rules of God to maintain control. This body of work represents some of Masrour’s most recent paintings and is her first showing in Lawrence.

Art can be an impactful way to expose the lack of power that women have in their lives, but it can also be dangerous to the maker. Elena has drawn inspiration from American comic books as a way to soften the viewer’s entry into her critique of Iranian culture. Comic books connect to people of all ages, races, and cultures. Masrour believes that almost everyone can relate to a character or story they’ve seen or read in a comic book, as well as to the associated meaning. Masrour has found comic books to be very popular in the US. They are not produced in Iran, thus resulting in Iranian people having no comic heroes or heroines. Painting comical figures allow Masrour to poke fun at men in power and communicates her wish for Contemporary Iran to become a peaceful, safe place where people can thrive.

Featured on our website, is a video from Elena discussing her work, goals, and inspirations. 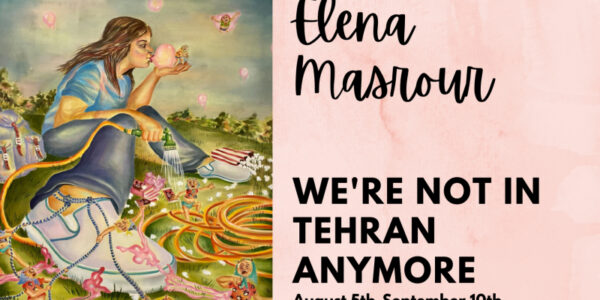 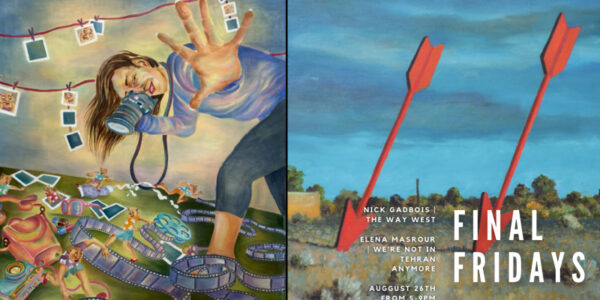 Final Friday | The Way West & We’re Not in Tehran Anymore 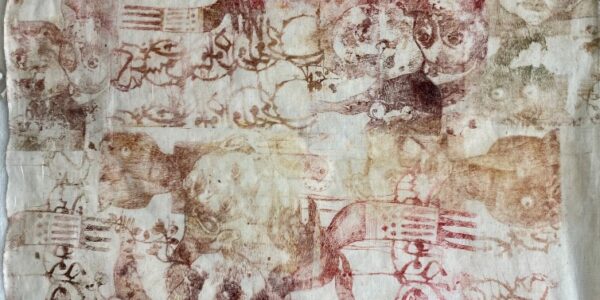