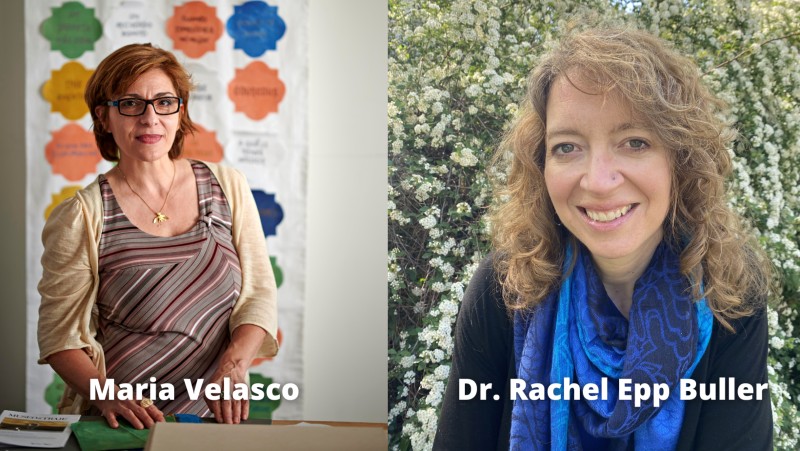 Join us for a Curator’s Presentation with Making It Work Curators, Dr. Rachel Epp Buller, and Maria Velasco.

During this IAT, there will be a presentation of Dr. Epp Buller’s book Inappropriate Bodies: Art, Design, Maternity and the first local screening of Velasco’s film All of Me: Artists+Mothers.

Rachel Epp Buller is a visual artist, feminist art historian, professor, and mother of three. Her artistic, scholarly, and curatorial projects often address these intersections, focusing on the maternal body and feminist care in contemporary art contexts. Her books include Reconciling Art and Mothering (2012); Mothering Mennonite (2013), co-edited with Kerry Fast; and Inappropriate Bodies: Art, Design, and Maternity (2019), co-edited with Charles Reeve. Her current research-creation project is on listening as artistic method in contemporary art. She is a two-time Fulbright Scholar, first as a researcher at the Archiv der Akademie der Künste, Berlin, in 2011, and then as a Canada Research Chair in Arts and Humanities at the University of Alberta in 2022. She has exhibited her artwork in solo and group exhibitions in the US, UK, Netherlands, Germany, and Italy, and in 2016 she curated and wrote the exhibition catalog for the first-ever retrospective of German artist Alice Lex-Nerlinger, hosted by Das Verborgene Museum in Berlin. She is a board member of the National Women’s Caucus for Art (US), a regional coordinator of The Feminist Art Project (international), and a Professor of Visual Arts and Design at Bethel College (KS/US).

María Velasco is a Spanish-born artist who has been living and working in the US since 1991. She creates site-specific installations, public art, and participatory projects about displacement, gender identity, vulnerability, and the structures of authority that govern our lives. She has exhibited at The Soap Factory, Minneapolis; Contemporary Arts Forum, Santa Barbara; ARC Gallery, Chicago; Spencer Museum of Art, Lawrence; H&R Block Artspace; Avenue of the Arts, Kansas City; Albrecht-Kemper Museum of Art, Saint Joseph; Paula Cooper Gallery and Elizabeth Foundation for the Arts, NYC; Salón Tentaciones (Madrid, Spain); Museo Del Barro (Asunción, Paraguay); Paradise Gardens Biennial VI (Darmstadt, Germany), Mexico, Argentina and Morocco. Her work appears in Art in America and Sculpture Magazine. Among her numerous accomplishments is a Rocket Grant of the Kansas City Charlotte Street Foundation, and an Elizabeth Firestone Graham Foundation Emerging Artists Grant.

In the summer of 2019, she attended her first-ever family-friendly residency at Elsewhere Studios, in Paonia, CO, where she began filming her award-winning documentary All of Me: Artists+Mothers. The film has since screened in more than 10 Film Festivals, and has been awarded the Best Female Representation Award at WIFTA (Women in Film and Television Atlanta), Honorable Mention at Screen Power Film Festival in London, UK, and semi-finalist at Dumbo Film Festival in NY and at Boden International Film Festival, in Sweden. Velasco was the first art student to obtain a scholarship to further her studies in the U.S. through the Madrid-California Education Abroad program at the Universidad Complutense of Madrid, where she received her B.F.A. and completed her doctoral courses. She obtained an M.F.A. from the University of California at Santa Barbara. She is a Professor of Visual Art at the University of Kansas and lives in Lawrence with her twelve-year-old son, Alex, who loves to read, write, draw, play music and make art. 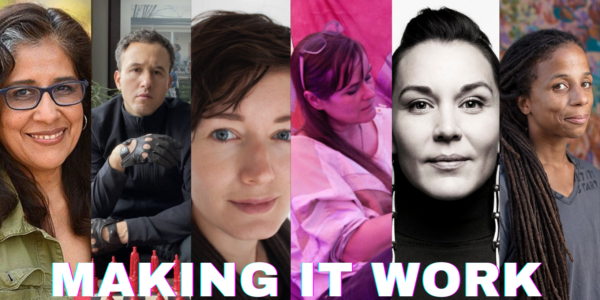 Taking A Look at Making It Work 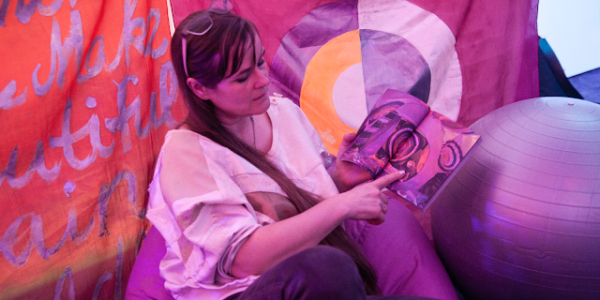 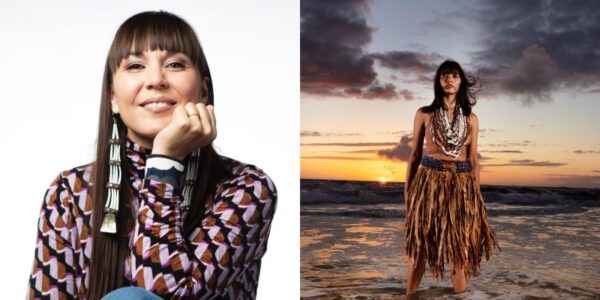