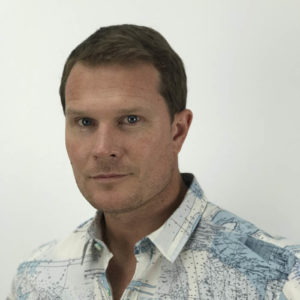 Nate Ditzler grew up on the island of O´ahu, Hawai´i. He holds a Bachelor of Arts in Cultural Anthropology and a Bachelor of Fine Arts from the University of Hawai´i at Manoa. In 2016, he completed a Master of Fine Arts degree at West Virginia University. He has shown in galleries, solo shows, juried exhibitions, and group shows nationally and internationally. His art explores nuances of the human condition, while constantly expanding on his material investigations and means of fabrication.

Nate’s work explores the seemingly trivial and overlooked moments of everyday life. Using a combination of ceramic forms and fabricated mixed media elements, he gives a visual presence to these phenomena. His visual language is derived from the simplicity and playfulness of the illustrations found in children’s books and single panel comics. The amorphous form in his sculptures represents the philosophical idea of the perpetually unresolved individual as being and in a constant state of becoming.