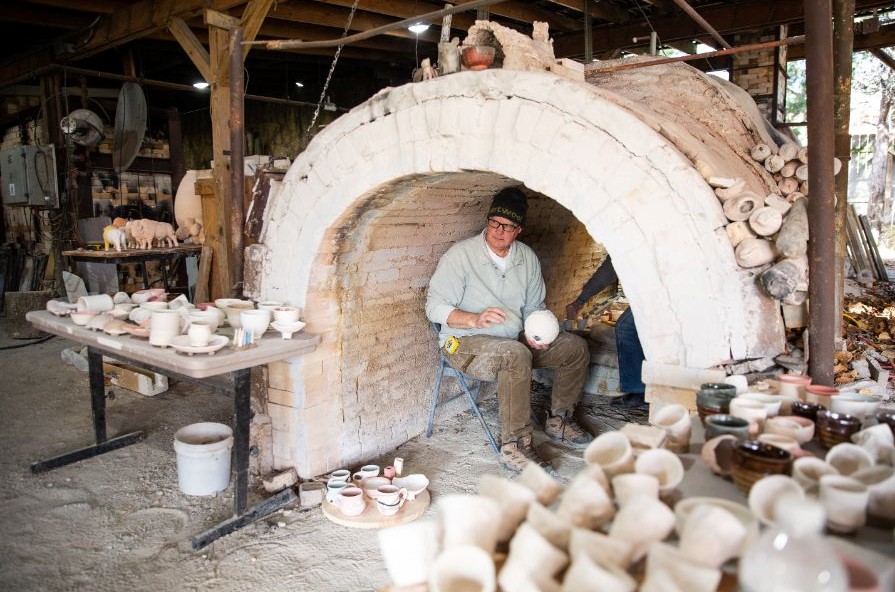 As Brian Horsch would put it, art is practice, community, and putting himself in the classroom. When he re-entered the classroom after a 30-year break, he found himself a beginner in Jen Holt’s Beginner’s Hand Building class. “She was great although it took me 4 weeks just to finish one smallish coil built sculpture. I kept fiddling with it because I could not think of what else to make” he admits. Maybe, getting started is the hardest part. It can be uncomfortable, bringing up thoughts that try to convince you to quit, that it’s too hard or you’d be better off doing something else with your time. But, Brian’s story is a lesson to all of us who fear the start of something new, sharing “Fortunately, the right side of my brain finally woke up, ideas started coming, and have never stopped”. From there, his ceramics journey builds a momentum that welcomes great feats.

Brian was introduced to wood firing by his next instructor, Ben Ahlvers. This class used KU’s massive tube style kiln, the Anagama, for a collaborative wood firing comprised of KU and LAC students. The class united their efforts to make work, split wood, load the kiln, and take shifts firing the kiln over the course of 5 days/nights. He states, “It has become an annual event occurring every November for the past 14 years”. He fell in love with its communal process and the results his works bore. Although this process is a tremendous challenge, with infinite number of variables involved in every firing, he started firing his work in wood fire kilns as often as he could, instead of far-less labor intensive options like gas or electric. 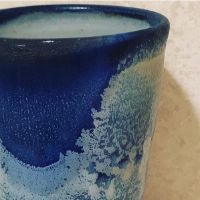 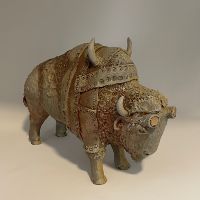 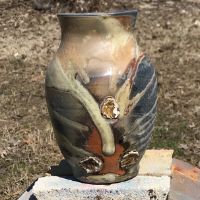 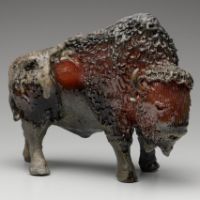 To put things into perspective, the KU Anagama holds over 1500 pieces of work. The kiln consumes over 3 cords of wood; one cord measuring in at 128 cubic feet of wood. The kiln is hand-fed wood over 4 days and nights in order to reach a fiery temperature of 2400 degrees Fahrenheit. Six years ago, Brian began thinking about building another Anagama (or cave kiln) which would eventually become the second in the state of Kansas. This would be a huge endeavor which required the right partner and that became Danny Meisinger, owner of Spinning Earth Pottery in Gardner, KS. They broke ground on their Anagama, naming it Big Magic Anagama, in September 2021, and with the help of many volunteers, finished the kiln in January 2022.

Brian took to assisting KU’s Visual Art Chair, Professor Marshal Maude, one of the country’s most experienced wood firers, absorbing all that he could over the last 14 years. This year, he was offered the opportunity to help teach LAC’s annual wood-fire class, Atmospheric Firing, by his now co-instructor, Kyla Strid. Currently, they are teaching Atmospheric Firing using the KU Anagama. 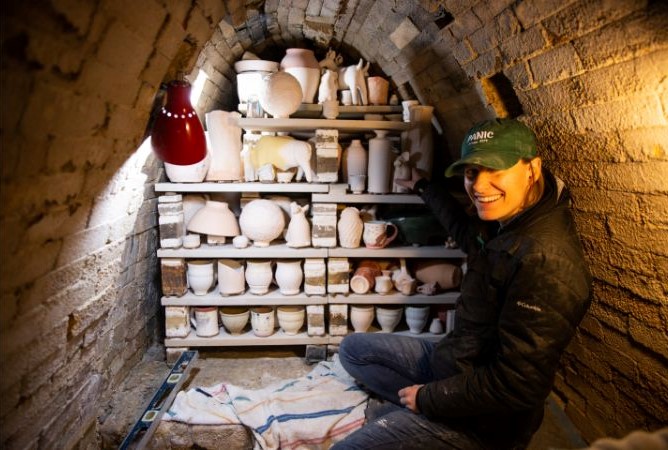 The second to last week of this class marks the transition from creating to firing. Brian Horsch describes this week-long event as a “happening. Like the barn raisings or harvests of long ago, firing an Anagama is a very labor intensive endeavor. However, if many hands are working together, the work goes faster and is easier on all”. The time, circumstances, and labor it takes brings together typically young KU students and typically older LAC townies. He finds that this process transcends generational differences, promoting an understanding of the commonalities that we all share. Teachers and students alike always learning something new from a process that has existed for thousands of years. 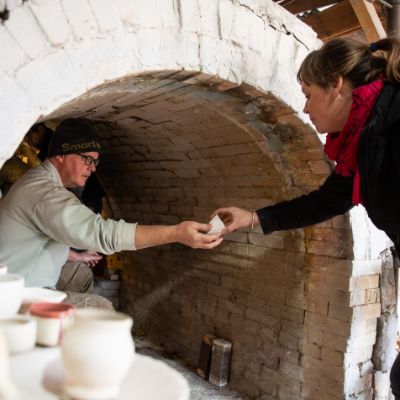 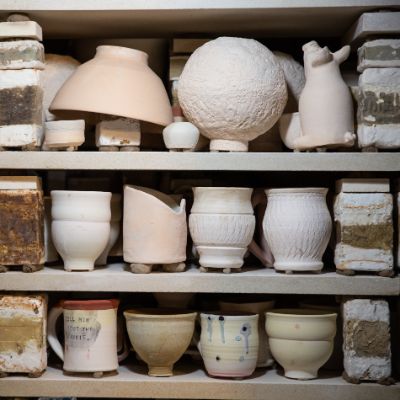 As most of us are starting to understand, we are living in the age of the instantaneous. The tap of a finger renders immediate results of entertainment and relief.  When that immediacy is not offered to us, it can feel deeply unsettling. When the flame of desire to create art burns, this position can feel deeply unsettling, even wrong, as the act of creating is often not immediate. A brain likes to be how it’s been, and to take one’s time, start over again and again, contradicts what the brain knows. It may call out: “no, no no! This isn’t right!”. In other words, process can be scary and directionless, but as told by Brian’s story, it is certainly worth it, if you can find it in you to keep going.

To check out Brian Horsch and more of his work, follow this link to his Instagram: @brianhorschart