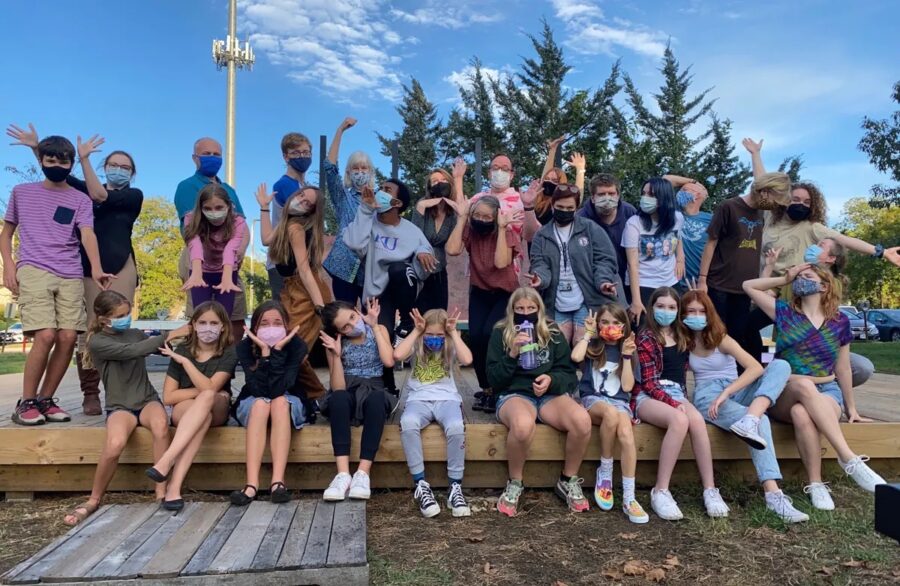 Harold Hill returns next weekend with his timeless message of hope and the importance of community when the Lawrence Arts Center joins with the Lawrence City Band to bring The Music Man, Concert Version to South Park.

This free show features a full cast of local performers, community members, and professionals supported by the musicians of Lawrence’s historic City Band in the heart of our very own River City. Performances will be on the Arts Center’s South Park stage at 11 a.m. and 5 p.m. Saturday, Oct. 16.

Director Elizabeth Sullivan said that after more than a year of pandemic isolation, the story of The Music Man resonates now more than ever.

“We’re coming out of this stay-at-home time of everyone’s lives,” she said. “Harold Hill comes into a town and convinces everyone they need this band, even though it is imaginary and he actually knows nothing. We need someone like Harold Hill in our lives to convince us that there’s something to believe in — something to come together for.”

Sullivan said the addition of the Lawrence City Band was an obvious fit considering that its own 150-year history reflects the musical’s tale of bringing together community members to create a local ensemble of musicians (although obviously Lawrence’s local band always had instruments).

“We needed to do something special,” she said. “It’s the River City show and this is like our Music Man band. It seems too good to be true. They have such a legacy and history. It feels like we’re honoring our past.”

In Lawrence, the City Band began with a concert at a Methodist church in 1860 sponsored by the Emigrant Aid Society. Musicians who had brought their battered instruments with them from Massachusetts to Kansas inspired Gov. Charles Robinson to begin a campaign to raise money for new instruments, which eventually led to the group’s first performance — the night before Quantrill’s raid. In 1864, musicians formed what became known as the Militia Band, which evolved several times over the next 40 years. 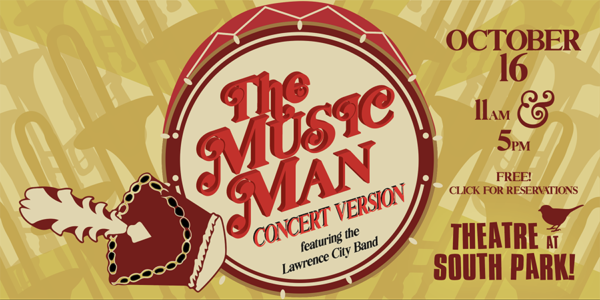 Pay What You Can Reservations