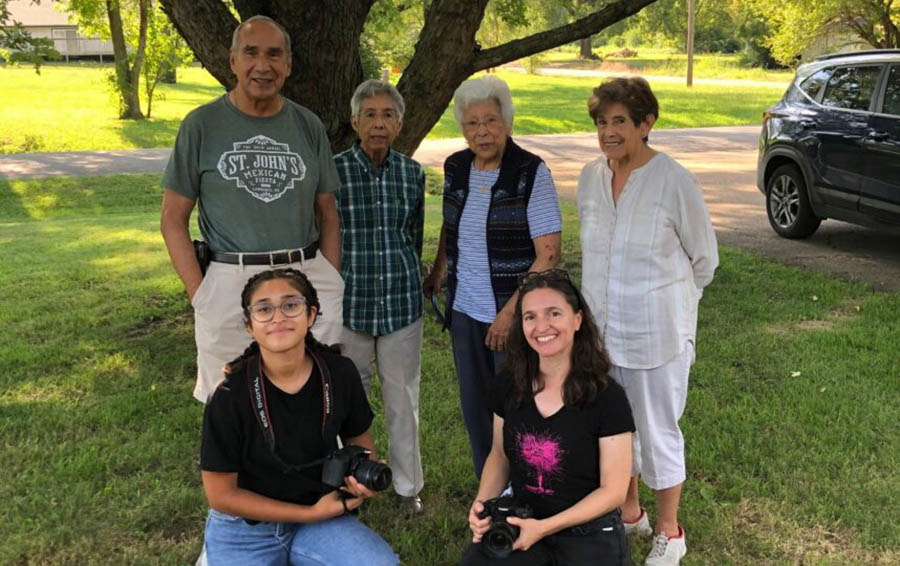 Kids growing up in Lawrence are almost sure to learn in school about the free-staters and Quantrill’s Raid, but Lourdes Kalusha-Aguirre is hoping to add another facet of local history to the agenda: the Mexican American community of La Yarda that existed for more than 30 years in East Lawrence.

Kalusha-Aguirre and her fellow local filmmaker Marlo Angell have created a 15-minute documentary, “Searching for La Yarda,” about the housing complex built for Mexican railroad workers that existed along the tracks in East Lawrence from 1920 to 1951. Kalusha-Aguirre, who grew up in Lawrence, said the absence of Latino communities in her lessons on Kansas history had given her the impression they didn’t exist until recently.

“It was really cool to find out that there was this Mexican American community here in Lawrence in the early 1900s, and they had been in the community for a long time,” Kalusha-Aguirre said. “And so I thought it was a story that was worth telling.”

Kalusha-Aguirre, whose mother is a Spanish teacher at Lawrence High School, said she first learned about La Yarda when she went with her mother to the Watkins Museum of History, when her mother was researching for a unit on Latinos in Kansas. Kalusha-Aguirre said that while the museum had some good information, there wasn’t a resource such as a documentary that teachers could easily share with their classes, and she thought that such a resource should exist.

Ultimately, Kalusha-Aguirre teamed up on the project with Angell, who is the director of digital media for the Lawrence Arts Center and director of the Free State Festival. Angell’s short film “The Wishing Bench,” about a public art installation in East Lawrence of the same name, featured memories of neighborhood residents and included some stories about La Yarda. But Angell said there was a lot more information than she could put in that film. Angell also has personal reasons for wanting to make the film, as her husband’s family has Mexican roots from working on the railroad in Newton, and she said that history is one she’s shared with her own children.

Angell said La Yarda was one of several such housing units in Kansas and the Midwest that railroads created for Mexican workers. She said La Yarda, like other similar lodging, first consisted only of boxcars, but was later replaced with a U-shaped brick complex that housed multiple families. The complex wasn’t on a neighborhood street, but rather on the other side of the railroad tracks from the homes of East Lawrence, near Eighth Street, tucked into the woods that grow near the banks of the Kansas River.

The film includes newly filmed interviews with four surviving La Yarda residents as well as some of their descendants. The interviews are interspersed with photos of the neighborhood and its residents from archival resources such as the Watkins Museum. Also featured are interviews with humanities professionals, including architectural historian Brenna Buchanan Young and Neill Esquibel-Kennedy, a Ph.D. candidate in the Department of American Studies at the University of Kansas.

Angell said what struck her from the interviews with former La Yarda residents was the sense of happiness and beauty that they created. She said they beautified everything with flowers, gave food to other people who came in on the boxcars, and shared meals and caretaking of children among those who lived there.

“There was this generosity of spirit and this magnanimity, a sense of giving and taking care of one another,” Angell said. “There were multiple families that lived in La Yarda at any one time, and they all took care of one another.”

Kalusha-Aguirre said that sense of community was especially important given the prejudice and discrimination that the La Yarda residents experienced. For example, she said a La Yarda resident recalled being one of only two students not allowed to participate in the school Christmas program, the other excluded child also being Mexican, and that they were called English versions of their names in school. Some establishments in Lawrence were segregated, and Kalusha-Aguirre said La Yarda residents also spoke about being given inferior service or access.

“They talked about the discrimination and the hardships,” Kalusha-Aguirre said. “That community was necessary and celebrations were necessary to get through all of that.”

Ultimately, the flood of 1951 that swelled the Kansas River well beyond its banks filled the brick complex with mud and debris, rendering the units unlivable. All that is left in the woods today are parts of the building’s concrete foundation. Though some families moved on after the flood, others stayed in Lawrence and remain here to this day. Angell and Kalusha-Aguirre said that as part of the documentary, they went with members of one of those families, the Romero family, to visit what is left of La Yarda, and even though it is covered with vegetation, they could still point out where the structures, the well and other features had been.

Angell said that visit became a large part of the film, and the search for both the physical structure and the stories of its residents are behind the film’s title.

“That was really inspiring to take that journey with them, to have them talk to one another about their memories,” Angell said. 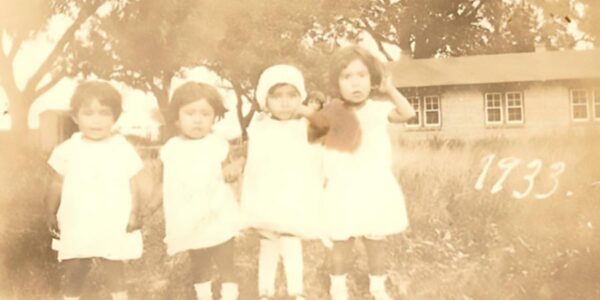 The 7pm screening has reached maximum capacity, so we’ve opened up an encore screening at … [more]