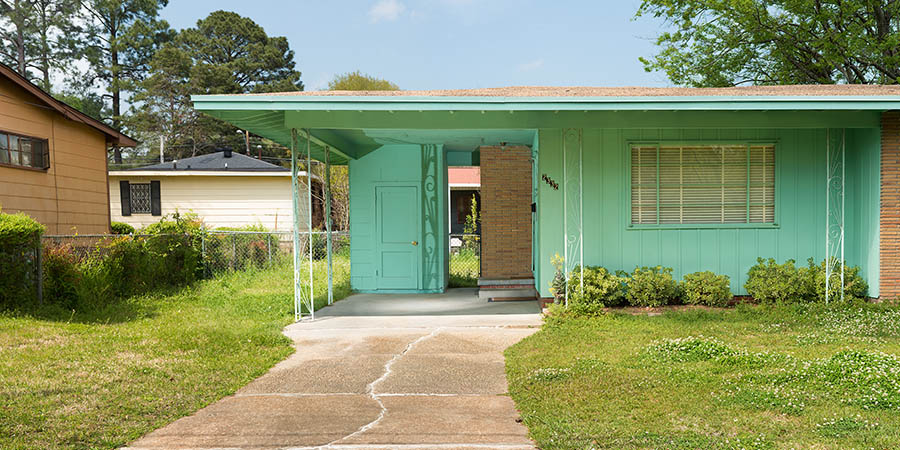 by Rochelle Valverde on September 6, 2021

The side of the white-glazed brick building, interrupted by a set of matte black double doors, is unremarkable. And that’s the point.

Most people would walk by the scene without a second glance, but the photographs in Richard Frishman’s exhibit, “Ghosts of Segregation,” which will open soon at the Lawrence Arts Center, invite viewers to look and see beyond what is there.

In present day the black side doors are unmarked, lacking handles. But Black and other non-white patrons of the Moore Theatre in Seattle were once required to enter through the doors, which lead up a steep staircase to an isolated second balcony. Around the corner, the marque of the theater is visible, its block lettering declaring “Black Lives Matter.”

“Ghosts of Segregation” includes 35 photographs from the present day of side doors, back stairways, service windows and restaurant partitions. All were used during the time of Jim Crow laws and segregation to separate Black and non-white customers from others, relegating them to the balconies of movie theaters, the backs of restaurants and generally out of sight of white patrons. Other photographs, also shot in the present day, show the locations of civil rights protests or the sites of racially motivated violence or assassinations. 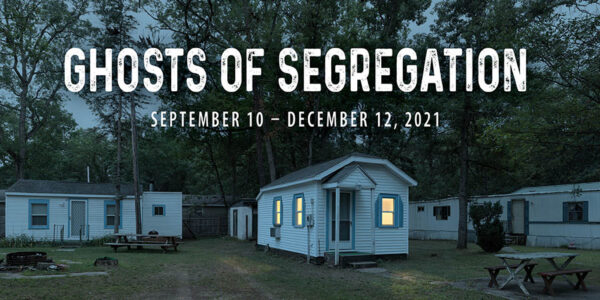