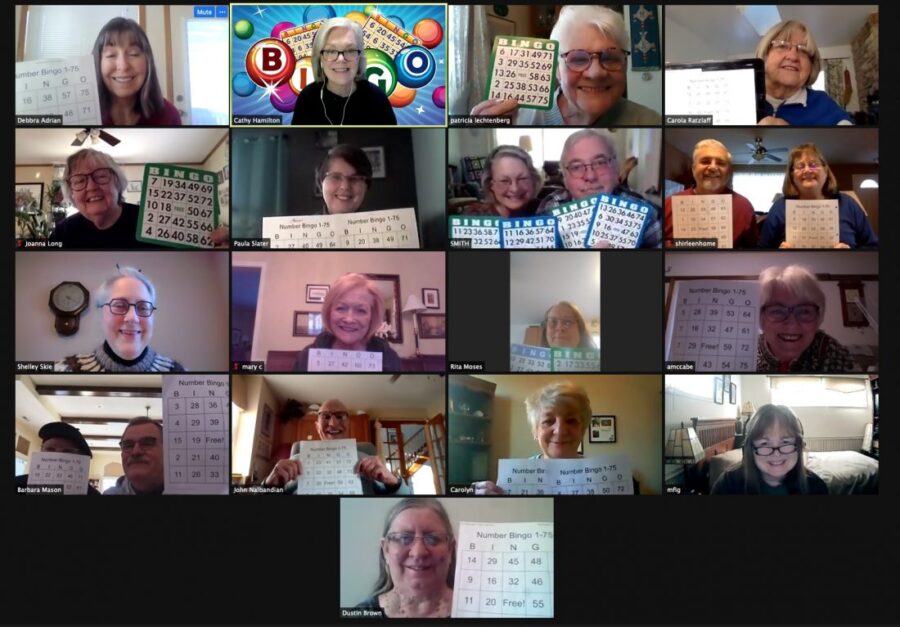 John Nalbandian looks forward to Tuesdays, when he can Zoom into a weekly bingo game hosted by the Lawrence Public Library.

It’s not the same as playing bingo in person, of course, but it’s a means of staying connected with others, the former Lawrence mayor said.

“I live alone. I’m widowed now, and so knowing that we’re going to do bingo on Tuesday at 4 o’clock, that’s nice for me,” he said.

Nalbandian said he enjoys being around people, but the pandemic has made that difficult. For him, participating in the weekly bingo game “is just one way of kind of maintaining contact.”

Cathy Hamilton and Kathleen Morgan, who run bingo and other events for seniors through the library’s Retirement Boot Camp programming, said attendance has grown at the virtual events since the pandemic began. Hamilton said the programming is geared toward seniors living alone, who aren’t part of a retirement community with planned activities.

“There are a lot of people in that category, who, now that COVID has changed our lives dramatically, really do need that connection and something to do and something to take their minds off this horror show we’ve all been watching,” Hamilton said.

One of the groups that has “become a family,” Hamilton said, is the library’s “Coffee Break” group.

Pat Lechtenberg, who participates in the group, said the group had become so well acquainted that when it did a Secret Santa gift exchange in December, people were able to pick out appropriate gifts for one another, “which doesn’t happen among strangers.”

Like Nalbandian, Lechtenberg said she looks forward to her virtual events through the library. The two participants expressed gratitude that many other Lawrence organizations also have good resources for the community. Nalbandian specifically mentioned the Lawrence Arts Center, The Watkins Museum of History and the Lawrence Public Library as three organizations whose geographic locations form a “triangle of community.”

“So, for every senior, the benefits of staying socially connected are extensive even beyond mental health,” Hughes said.

To find out what types of virtual activities Douglas County seniors can participate in to stay connected to others, the Lawrence Journal-World reached out to numerous organizations in the county. 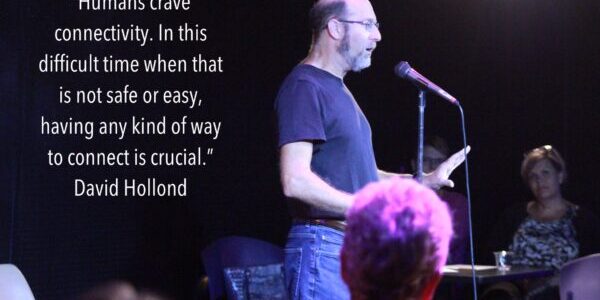 The Lawrence Arts Center’s Story Slam began in 2010 as a small group of storytellers gathering in the Black Box Theater. Over the years it has become a staple for those who love telling and listening to true stories shared by friends and neighbors.