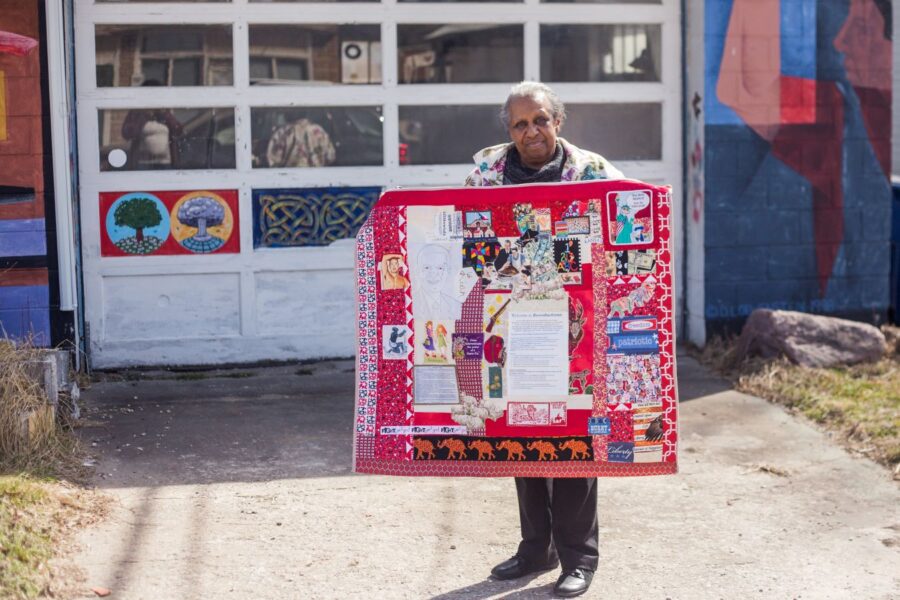 Nedra Bonds is a Kansas City-based fibers artist. She uses her quilts to teach, preserve history, and fight for social justice. Born in 1948, Bonds entered public school in 1954, the same year the U.S. Supreme Court handed down its decision in Brown v. Board of Education. She spent her first three years in segregated schools, then was integrated into a school where all the teachers were white, and the subject matter had nothing to do with her. Bond’s early educational experiences shaped her views as a political activist. She went on to earn a Bachelor of Arts in American Studies from the University of Kansas, and a Master of Science in Urban Education from Kansas State University.

Bonds learned to quilt at age 6, but said, “As soon as I could, I gave up quilting to raise hell in all sorts of ways that were meaningful for me at the time. Letter-writing, sit-ins, you name it. It was the 1960s and the civil rights movement.” In 1989 she returned to quilting to preserve the history of her hometown, Quindaro, which was a part of the Underground Railroad where the runaways hid with farmers in Kansas before escaping to Nebraska and freedom. In the 1980s the authorities in Kansas City were working to put a landfill dump on the site. Bonds was one of a group of people who fought hard to preserve the site and her quilting legacy began.

To read more of her quilting story check out this article from BBC. Bonds’ work has been displayed at the Nelson-Atkins Museum, Spencer Museum, the American Jazz Museum, and Arrowhead Stadium, among others. 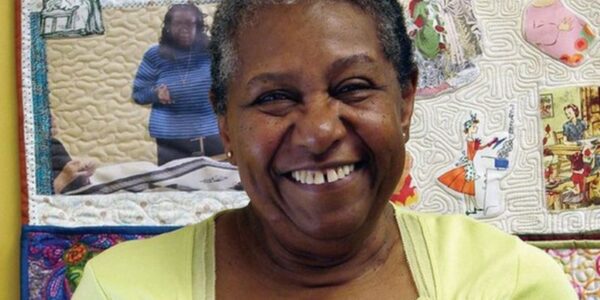 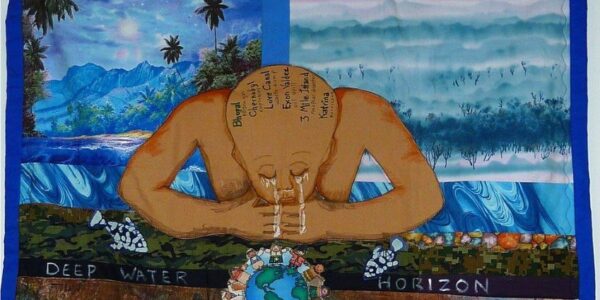 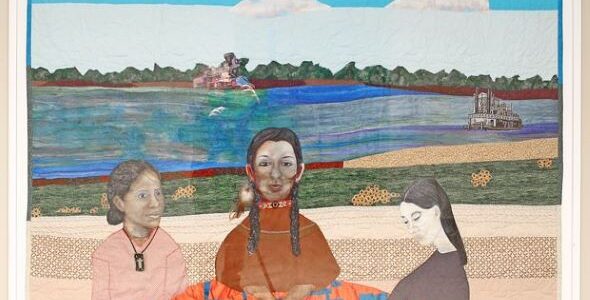 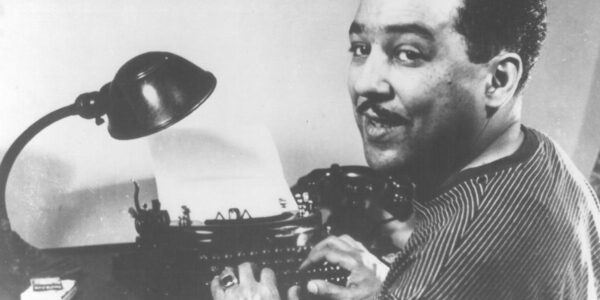