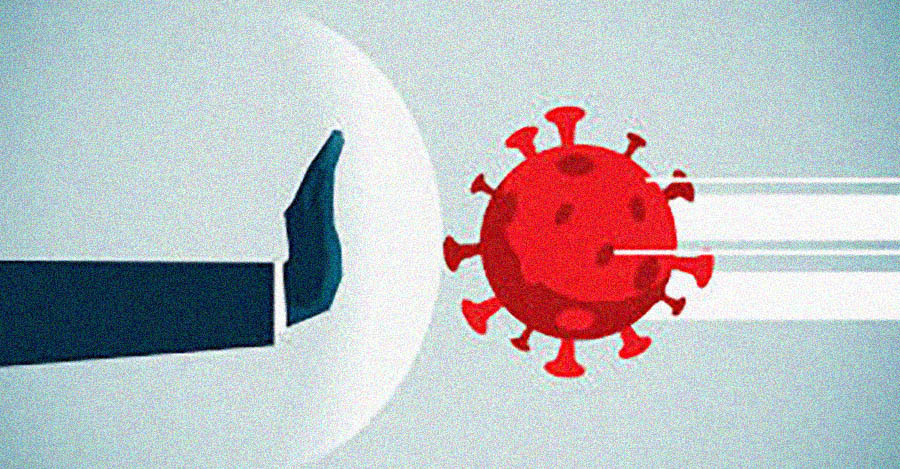 These days, needlepoint is no longer simply a class at the Lawrence Arts Center! In our ongoing effort to boost safety within our physical building, we are happy to announce that we have added needlepoint bipolar ionization (NPBI) to our building systems. NPBI is an air purification method that utilizes ionization to reduce airborne particles, and also kill viral and bacterial pathogens.

Designed by Global Plasma Solutions, NPBI has proven to dramatically reduce airborne particles and viral load when used in conjunction with air filtration systems. The system works in two ways.

First, NPBI technology reduces airborne particles through “agglomeration.” When ions attach themselves to airborne particles they become attracted to one another. This magnet effect increases each particle’s mass and size making it easier for them to be captured by our existing air filtration system. Bonus – for the same reason, agglomeration also improves the efficiency of face masks!

The second significant safety advantage is a reduction in airborne viral load achieved through the ionization itself. During the NPBI process, the ions that attach themselves to virus molecules, mold spores and bacteria steal hydrogen from the pathogens. Without that hydrogen the pathogens die, leaving behind cleaner, healthier air.

Additional advantages to the NPBI system include odor reduction and energy savings. The ionization process breaks down odors into basic harmless compounds, leaving the indoor air fresh. The process also saves energy by reducing the amount of outdoor air required to operate, which creates a comfortable environment with 30 percent less energy consumption.

The system was purchased with support from the City of Lawrence’s CARES Act funding. 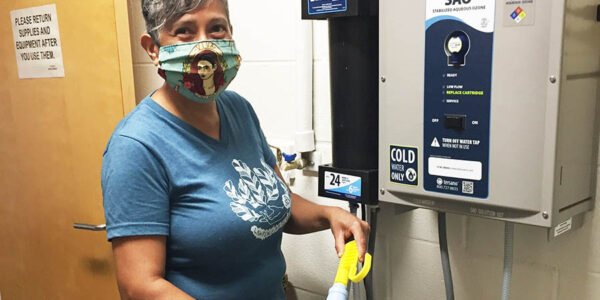