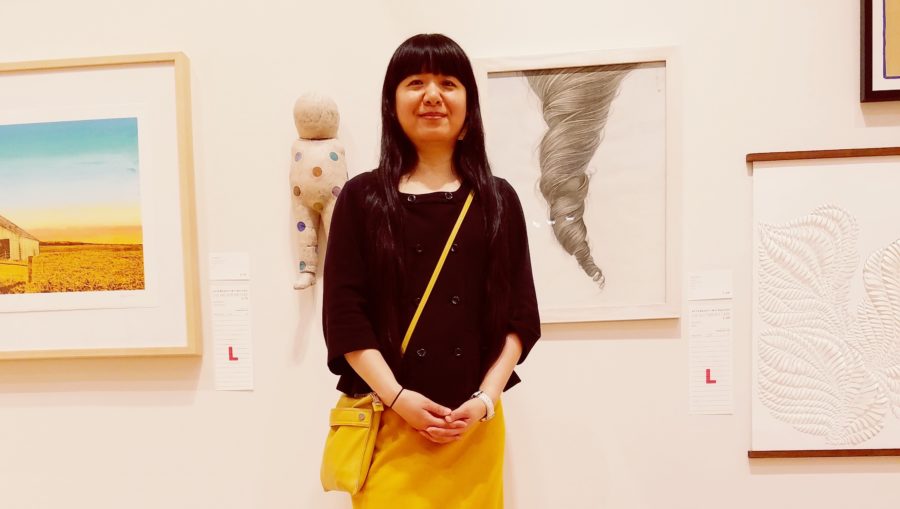 A Lawrence resident is one of six Chinese artists whose work is currently on display at the Royal Palace of Milan in Italy.

Hong Zhang, who moved to America in 1996 and has been in Lawrence since 2004, created a piece called “Fall” for the exhibition at the Palazzo Reale Milano. It is displayed in what was previously a prince’s bedroom and spans from the top of the room out toward the four corners.

While it looks like “Fall” consists of four pieces, each one is double-sided, meaning there are actually eight, Zhang said. Each of the pieces are 30 feet long and five feet wide.

Hong Zhang is on the Lawrence Arts Center Board of Directors and was the 2012 Featured Artist.