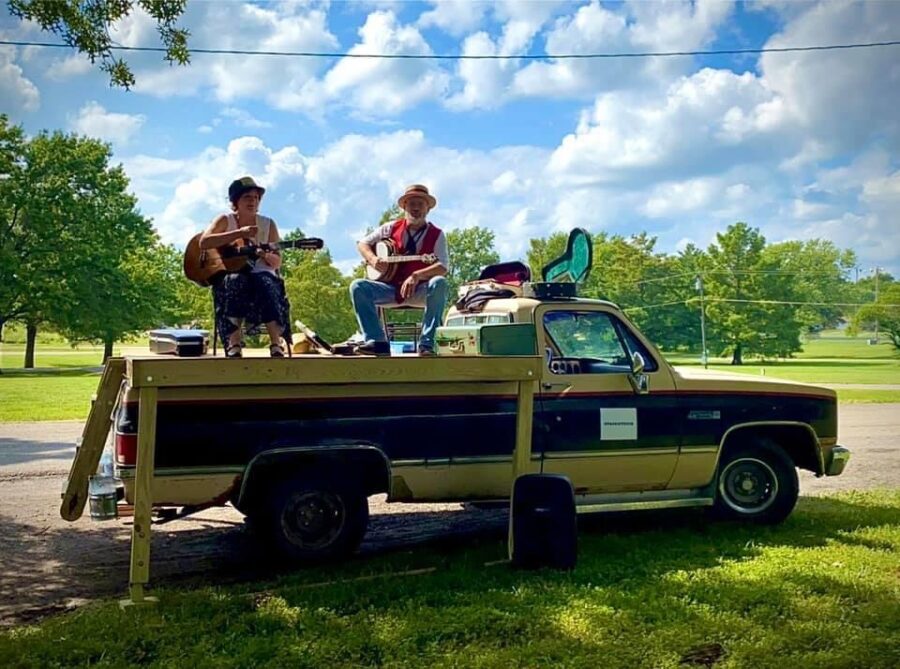 When Covid-19 shuttered theaters this spring, the lights went out and entertainers nationwide wondered when or where they would perform again. Not Ric Averill. He saw opportunity. 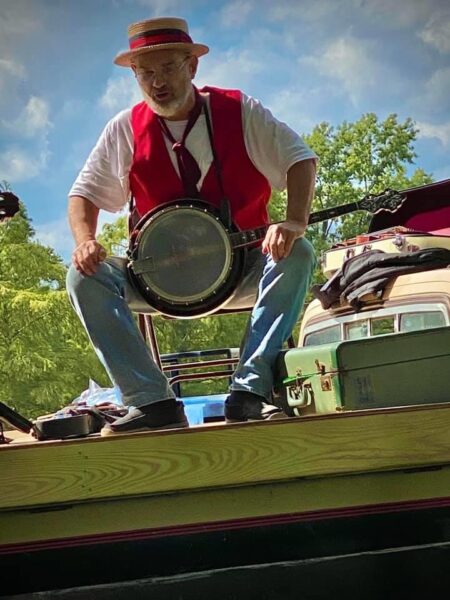 “During the Great Isolation of the early pandemic, I kept thinking about how to communicate safely with people, to entertain and stay connected,” Averill said.

Averill, the Lawrence Arts Center’s Artistic Director of Performing Arts Emeritus, said the general idea of a mobile stage was not new, but things gelled when he and his wife, actor and teacher Jeanne Averill, inherited “The Brown Baron.” The 1986 two-toned GMC spent its previous life renovating houses throughout North Topeka.

Creating the rolling road show was no small feat. To bring the dream to reality Averill joined forces with musician and artist Matt Kirby, who brought technical vision, engineering and craftsmanship. With a little financial help from their friends, Stage(S)Truck, a “modern-day ice cream truck of story and song,” was born.

Touring throughout Lawrence since mid-August, Stage(S)Truck features a 7’ by 8’ platform with an apron and storage extension. A complete sound and lighting system enables performances anytime day or night. So far Averill has played a handful of protests, concerts and parties for private groups and neighborhoods, but eventually he intends to spread the love to schools, day cares, senior centers and more.

“I have long dreamt of a mobile way to play in parades, or to busk or entertain from a height and be able to carry my stage with me,” Averill said.

For more information about Stage(S)Truck or to book a show, contact Averill at AverillActing@gmail.com. 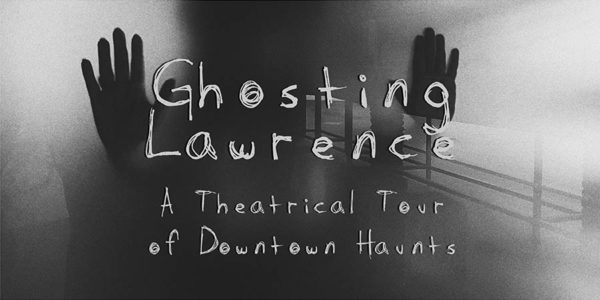 Join yarn-spinning Ric Averill as he walks you through haunted downtown, assisted by spirits dancing, … [more] 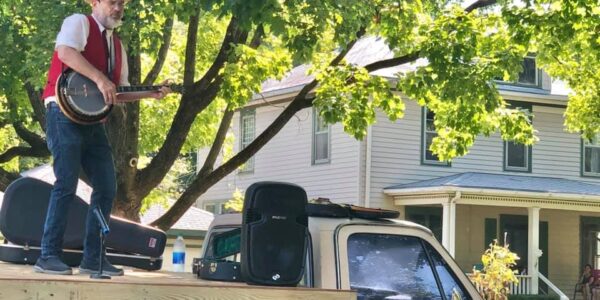