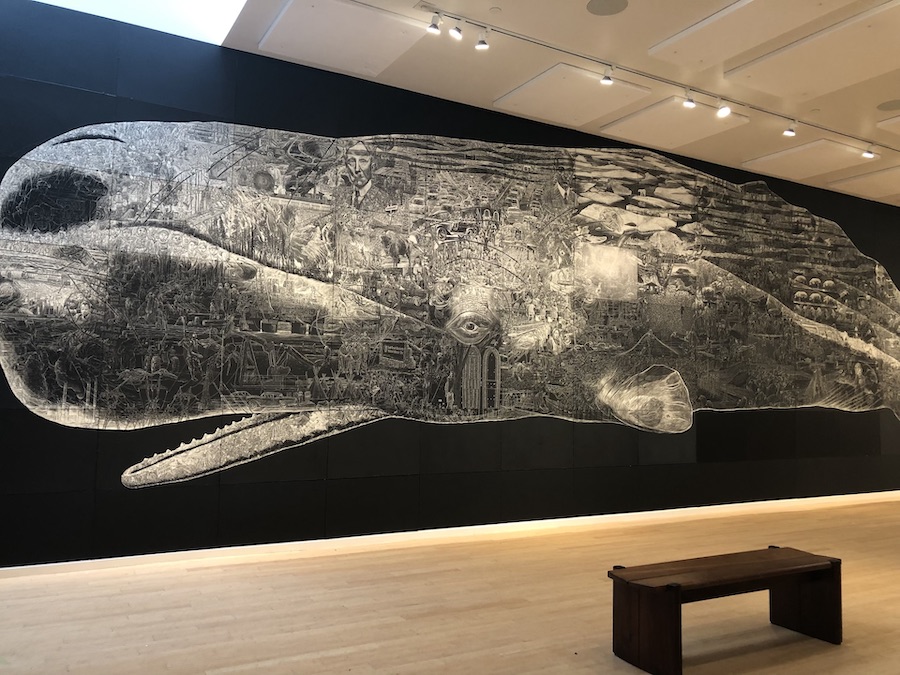 The artist of a life-size scratchboard whale and a “Moby-Dick” scholar will come together in a virtual conversation Friday night through the Lawrence Arts Center.

Jos Sances’ piece “Or, The Whale” currently occupies an entire wall of the art center’s large gallery. In August, the Journal-World interviewed Sances about his piece, which is 51-feet-long and depicts the history of American capitalism. It took Sances eight months to make, and it portrays topics such as mining, slavery, women’s suffrage, railroads and the gold rush, excessive wealth, poverty and more.

Sances will be joined Friday at 5 p.m. by University of Kansas Professor Emerita and Herman Melville scholar Elizabeth Schultz. Schultz is one of the world’s foremost scholars on Melville and his famous novel, “Moby-Dick.” She is a member of the Melville Society, has curated numerous “Moby-Dick” illustration exhibits and was featured in a segment of The Learning Channel’s “Great Books Series” about the novel, according to her biography on KU’s website.