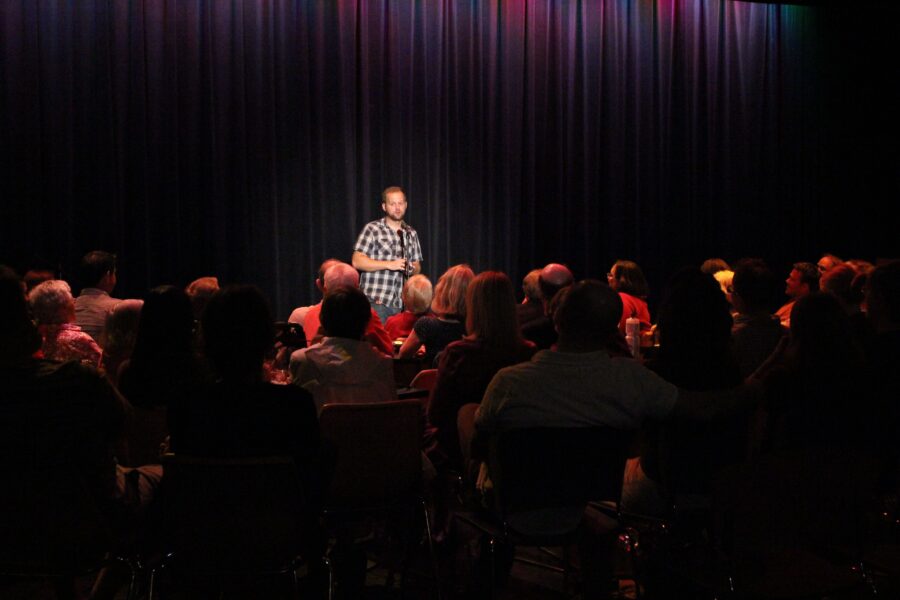 Free State Story Slam hit a milestone this season as the local live storytelling event entered its 10th year. Organizer David Hollond said the seeds of inspiration were sown as he listened to the Moth Radio hour for several years in the early 2000s, but it wasn’t until he experienced a live show that he knew he wanted to bring the format home to Lawrence.

“I became enthralled with the story format where people shared real experiences from their real lives,” he said. “A few years later, on a business trip to New York, I attended a Moth story slam at a bar on the Lower East Side. It was an amazing event with a huge crowd, a ton of energy, and great stories.” 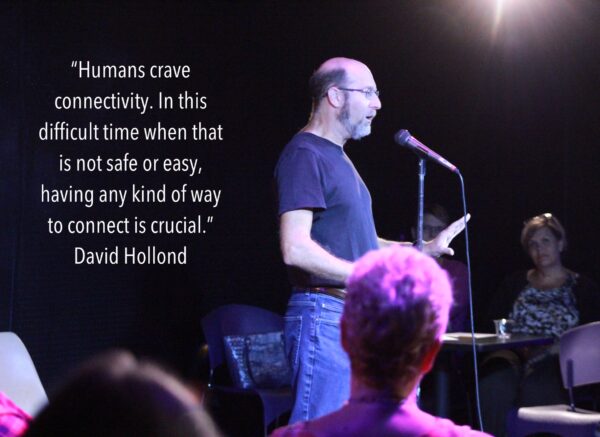 Recognizing his home town’s creative culture and community spirit, Hollond began seeking out an appropriate space to make story slam accessible to the greater Lawrence community. Many slams are held in bars or restaurants, but Hollond wanted something different. His association with the Arts Center and his theatrical experience there brought it to mind right away. After pitching the idea to Ric Averill and former director Susan Tate, the project had a home.

“They provided enthusiastic support, and the Free State Story Slam has been part of the Lawrence Arts Center’s programming ever since,” he said.

The story slam format was modeled after the Moth in many ways: storytellers present true, personal experiences based on a predetermined theme; each five- to eight-minute story is told live without notes; and entries are limited to personal stories—no essays, rants, poems or comedy routines.

One difference, however, is spontaneous contributions. For the most part, storytellers arrive at each slam and register for a time slot to present their prepared stories. But Hollond said he became aware that members of the audience sometimes overcame stage fright in the moment as they watched others share their own stories. He also saw that sometimes a story from the stage would jog an audience member’s memory or inspire them to share something related. Because of this, he started peppering each show with audience contributions.

“It allowed for people who had stories not exactly on theme to share something in the moment,” he said. “Some nights we only have two or three storytellers. What I have learned is to not worry so much about this. I just have the host call for more impromptu stories in such situations. People step up, and these evenings end up being some of our greatest shows.”

Like other story slams, our local version began as a competition. However, Hollond said, it became clear very quickly that the Lawrence crowd wasn’t comfortable judging their friends’ and neighbors’ creativity. Rather than naming a single “winner” each evening, Hollond decided to eliminate any kind of ranking and simply identify favorites among the crowd. This provided some recognition and also identified those who would be asked each season to return for the end-of-the-year “Grand Slam.”

Free State Story Slam began somewhat modestly in the Arts Center’s main lobby, but as it gained traction, storytellers and audiences began traveling from Kansas City, Topeka, and even farther. The event moved from the lobby to the Black Box Theatre, but with crowds regularly exceeding 150 people it eventually moved to the Main Stage. Now, during the pandemic, Hollond has adapted the format to online, enabling the event to continue. And while Hollond originally played host for each show, that has also evolved to include a variety of guest emcees.

“I love having a rotating cast of hosts,” Hollond said. “They bring their own style and energy and often a whole new group of friends to attend. It helps keep story slam fresh and interesting.”

Hollond said storytellers also evolve over time. While a few people have been steady participants during the course of the past 10 years, usually there is a slow but steady turnover as more seasoned storytellers give way to a fresh group. One thing that doesn’t seem to change is the event’s entertainment appeal.

“I have loved seeing groups making story slam a party gathering with friends,” Hollond said. “They bring a ton of food, essentially having a group picnic during the event. They buy the beer and wine the Arts Center staff serves, and they usually provide a number of the stories each evening.”

Hollond said he thinks the appeal of story slam can be traced back to community building. The stories told on stage are true, personal stories that reveal intimate details of a person’s life and personality. The audience is not only entertained, they leave with a feeling of connection and friendship. The storytellers are given the opportunity to flex their creativity while also sharing something about themselves, which can be therapeutic in normal times, but seems even more important as we all experience some degree of isolation because of the current pandemic.

“I think both the community-gathering aspect and the creative aspect of storytelling is so important today in a world filled with technology where we are often separate and disconnected,” he said. “Humans crave connectivity. In this difficult time when that is not safe or easy, having any kind of way to connect is crucial.”

But while he wasn’t initially confident that Free State Story Slam would see the success that it has, Hollond said he believes it has a future because some people will always have stories to tell and others will always want to hear them.

“I love getting sucked in and entranced by a great story,” he said. “I love hearing the kind of story that my wife and I still talk about years later. I am so grateful to all of the storytellers who have given their time and energy and shared a part of their souls with us at story slam.” 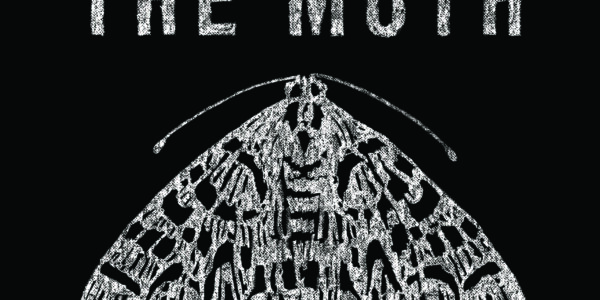 The Moth is true stories, told live and without notes. It celebrates the ability of true, personal storytelling to illuminate both the diversity and commonality of human experience.