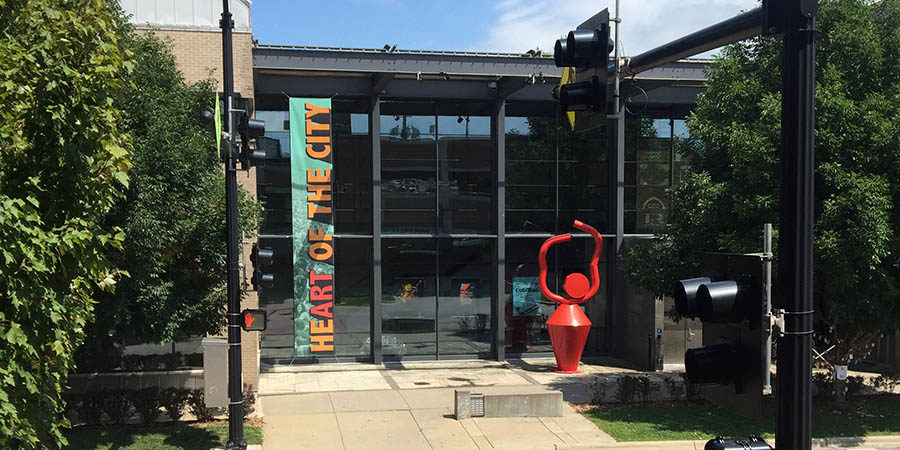 Last month we asked ourselves what freedom means. A small group of artists at the Lawrence Arts Center went to work to create a circle, in which each person created a work, and then passed it to the next to inspire a new piece.

“There may never be harder days for those who create these works; however, I can say without a moment’s hesitation that there will never be a time in which it is more imperative for artists to do exactly what they do and for the rest of us to voraciously consume the output of their endeavors…. But make no mistake, it will be upon the shoulders of our artists and their works to hold us and keep us until that beautiful day arrives.”

What “is” Composed and Performed by Justin Harbaugh

danzer1981 · What “is”
In this song, the number 5 is very important. It is presented in the non teleological pentascale accompaniment. This 5-note accompaniment also represents Maslow’s Hierarchy of Basic Human Needs. As the group of notes begin to layer they become out of sync to emphasize the importance of each need for each person, creating a new harmony and rhythm within the scale.

Five Of  (What “is,” Remixed)  by Jackie Hedeman

It’s air.
It’s breathing.
It’s life.
No, living.
Thrumming, humming, and thriving.
Dancing.
It’s every art form.
It’s a riot of colors.
It’s your voice.
My Voice.
It’s speaking up, speaking out, it’s worth fighting for.

It’s worth sharing.
Listening.
Giving.
Supporting.
Learning.
Growing.
It’s opening the door.
Pulling up.
Raising up.
Pushing up all those who have been left out.
It’s rewriting, re-imagining.
It is change.
It is a matter of choice.
It is power.
Power for each of us
to choose, to take action, to stand up, to believe. 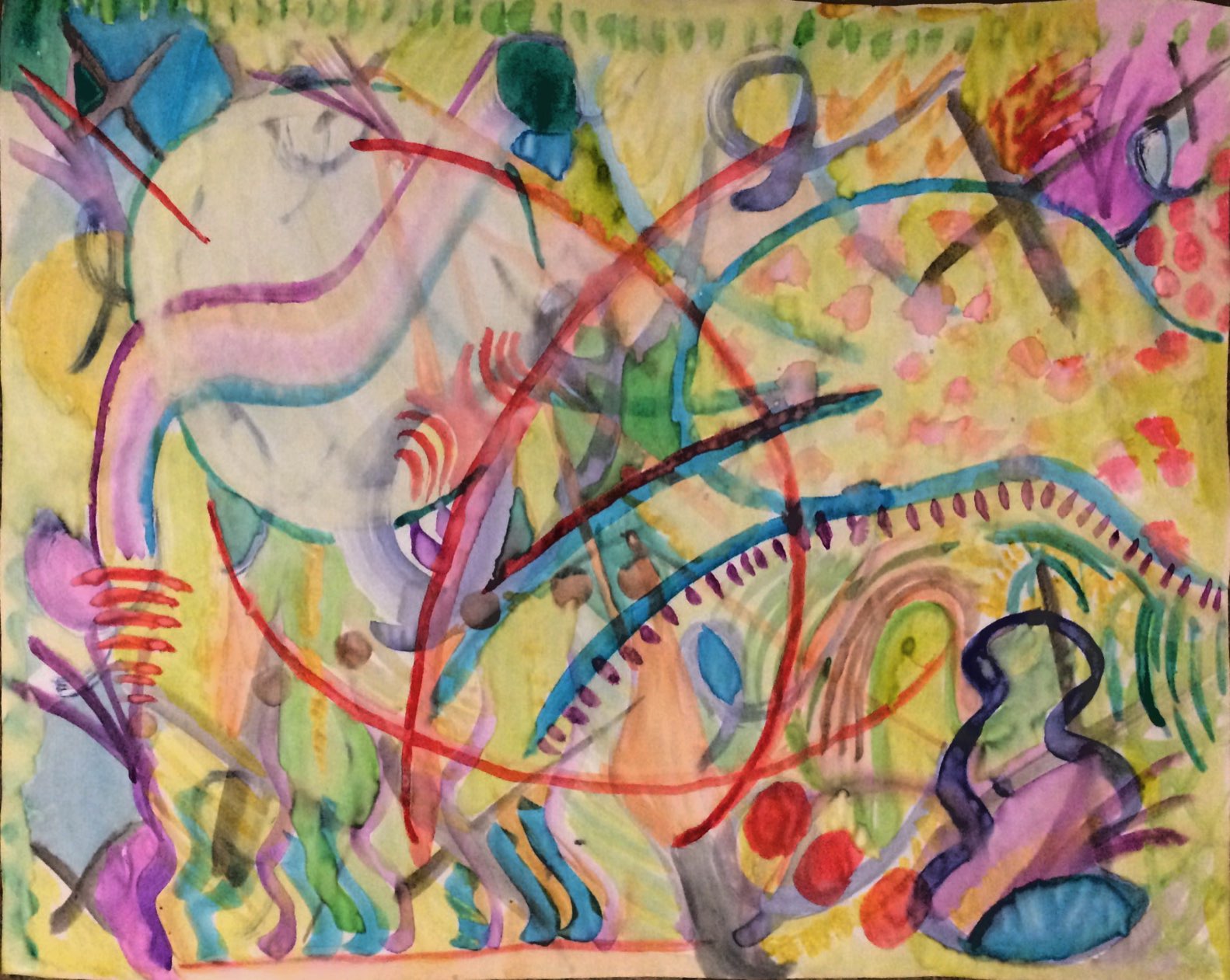 “This was all totally new to me. I used my toddler’s paints. I read a line of Kyla’s poem and then painted. I did that over and over until each line of text was represented.”
Elizabeth Sullivan

This was my reaction to both Kyla’s and Elizabeth’s work. I utilized a slow moving harmonic current based on a whole tone scale. From there I chose the spiritual “Wade in the Water” and deconstructed it to create the faster moving notes on top. Finally, using the notes of “Wade in the Water,” I created a musical cipher and spelled out the word “Freedom” with notes. The “Freedom” motive appears in several octaves throughout, and is repeated and layered later in the piece to create a wash of sound.

Contributed by Elizabeth Sullivan. “I want to listen as much as possible right now… in order to learn and absorb. An artist I found while listening was Nina Simone. Her song “Backlash Blues” spoke to me. It was written by Lawrence local Langston Hughes, so I thought it was even more appropriate. I wish I had more to share than someone else’s song, but when you can’t find your own words I guess it is okay to lean on others.”


After “Backlash Blues” Composed and Performed by Justin Harbaugh

This is the work I created in response to the “Backlash Blues.” There were several ideas, or feelings I had going through my head. Somehow I wanted to convey the idea of “Trickle Down Theory,” most of the groove motives are descending, and while there is a groove, the music doesn’t really go anywhere. Everyone is isolated, in their own bubble, until a voice cries out and the bubble slowly begins to burst. Our eyes open and we begin to realize the pain and inequity that our system has caused. New leaders begin to emerge who can fight for change and the message gradually becomes clearer until one voice is heard over, and we learn how to listen.

In June 2017 in Columbus, Ohio, I went to a parade wearing a seafoam tank, lacy overlay, flowers in my hair. At the parade, I dodged couples and families, stayed in the shade. I was worried someone might recognize me, not because I was ashamed to be there—I wasn’t—or afraid of their judgment, but because then the day would become part theirs instead of all mine. It would be: I saw Jackie at the Pride Parade. She was there by herself. Isn’t that weird?

It wasn’t weird. Those days I did most things by myself. The goal was to shake myself free of outside influence, to know myself down to my core. What I found waiting for me was an increasingly undeniable knowledge of my own queerness. It was a knowledge that had been growing for years, despite intermittent watering, and that summer I was starting to feel ready to repost it and see what it was capable of becoming.

The 2017 Columbus Pride Parade wasn’t my first pride parade. It wasn’t even my first in Columbus. It wasn’t my first experience standing on a warm curb and thinking I belong here with my people, but it was the first time I carried that feeling home with me. Buoyed by the cheering and the corporate swag and the sunscreen smell of summer, I drove back to my apartment in Grandview and wrote a coming out. I posted it to Facebook and Instagram. Then I turned off my phone and breathed into my hands, the thudding comfort of home.

What I wouldn’t know for hours—for at least the half day I spent wading through unequivocal messages of love and support—was that two blocks from where I stood along the parade route, catching beads and condoms and bags of Doritos as they fell from the sky, four Black demonstrators, Wriply Bennet, Kendall Denton, Ashley Braxton, and DeAndre Antonio Miles-Hercules, who had stationed themselves, along with six others, in the parade route for a moment of silence, were hauled to their feet and dragged away by police.

The Black Pride 4 sought peaceful disruption. The day before, Jeronimo Yanez, the Minnesota police officer who killed Philando Castile had been acquitted. The demonstrators sought to highlight this fact, along with the ongoing militarization of the Columbus Division of Police and the high number of trans women of color murdered that summer. The Columbus Pride Parade is the second largest pride parade in the Midwest and, like most of the big city-sanctioned pride parades, it is an increasingly corporate and overwhelmingly white space, one where rainbow-bedecked Nationwide and Victoria’s Secret floats are the norm. After the Black Pride 4 were hauled away the crowd cheered.

The irony was lost on those at the parade, but not on those sifting for information on the Black Pride 4’s arrest once it hit the internet. It’s even on shirts now: Stonewall was a riot. The 2017 Columbus Pride Parade wouldn’t even exist without the Black and brown queer and trans people at the Stonewall Inn who fought back against the police in 1969. The modern gay rights movement, with its inoffensive rainbow Converse sneakers (I own a pair) and mass-produced “Love is Love” bumper stickers roared to messy life that night.

I have been made aware of my own white privilege many times (and probably ten times as many times remained unaware of it), but this was the starkest reminder. I came out because at that same pride parade no one questioned my motives. I didn’t want to be seen because I didn’t want my story to belong to anyone else—I wanted to hold it close until I was ready to let it go—but at no point did I fear for my safety. Or wonder why there was a cop car parked half a block from my vantage point until it was gone. Or wonder how the sausage gets made. I just went home and invited my friends to know me better and was free.

The Pride that changed my life endangered others. This year, under the threat of COVID, pride parades around the world have been cancelled. In their place we have Black Lives Matter protests, more authentic to the spirit of Stonewall than Pride has been for a long time.

Our Dear Lawrence stories were aired on KPR. Listen to the broadcast here. 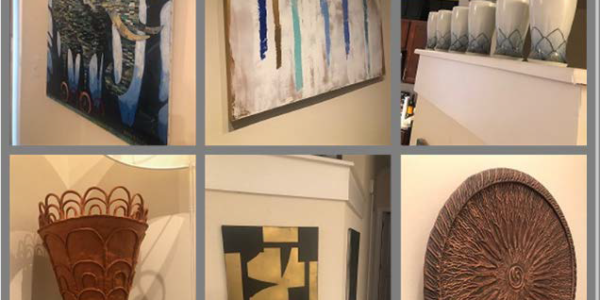 Dear Lawrence, Here are your Week 1 stories. Thank you to all the writers who … [more] 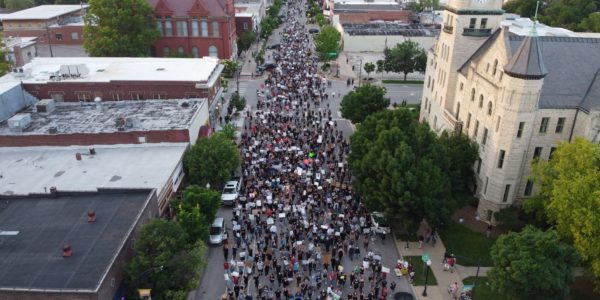 Dear Lawrence, We want to know what freedom means to you. Current events, from COVID … [more]