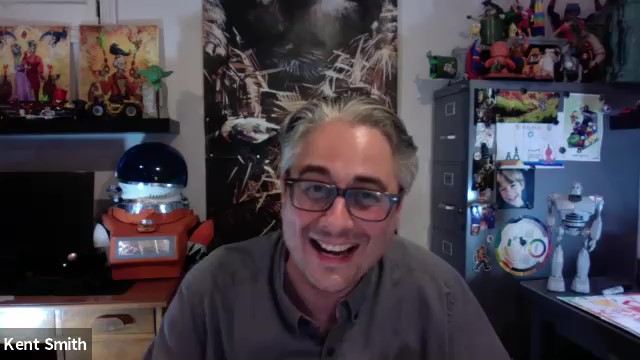 Ever wonder what artwork artists live with?

This series offers a glimpse into the homes of artists through online conversations about work of art they have in their homes. Tune in and gather some insights into what living with art can do.

Kent Smith is a designer, sculptor, teacher, problem-maker, problem-solver, and dimension-hopper. His work can be found on toys, beer, masks, prints, sculptures, and illustrations. Kent loves solving problems and uses his brain-powers, and a menagerie of media, to deliver unexpected solutions rich in play and story. Kent hosts life-drawing sessions (Thieves Guild), drop-in sketchbook groups (Percolator), and other community-building opportunities focused on creativity. Kent celebrates teaching in the Design Department at the University of Kansas as well as working with the Lawrence Arts Center, The Percolator, and VanGo. Kent loves superheroes, ninjas, monkeys, UFOs, cryptids, robots, ray-guns, and romance. He hopes you will visit Smittytown whenever you can (and especially if you are up for fantastic escape, ridiculous adventure, thinking about silly things seriously and serious things in unexpected, sometimes silly, ways). 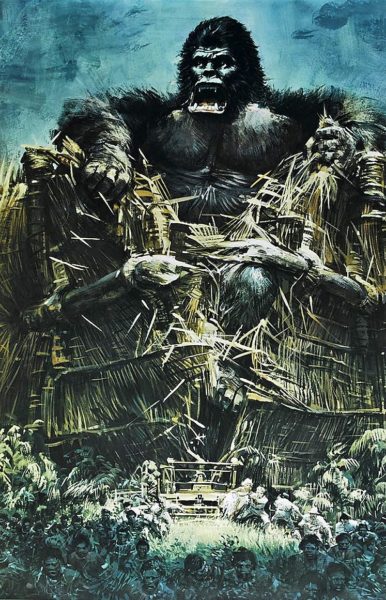 John Berkey: For someone who lived almost his entire life in a small town in Minnesota and seldom travelled far from his home, Illustrator John Berkey has shown the world a unique vision of a future in time and space way beyond our wildest dreams. He is most well known as a science fiction artist, specifically for his paintings of huge graceful spaceships of multi-faceted shapes adorned with many intricate details, soaring through outer space.

Starting in the nineteen sixties, John was commissioned to do illustrations of the astronauts involved with NASA and the space program as part of their efforts to go beyond the earth’s atmosphere and eventually to the moon. In 1972 , John caught the attention of science fiction fans the world over with a series of dazzling paintings for Ballantine Books’ STAR series. Following the publication of this work, there was a great demand for more space ships to appear on science fiction book covers. By the time of his induction into the Society of Illustrators Hall of Fame in 2004, John was called the most innovative and influential futurist painter of his time.

His art appeared on book and magazine covers, in ads, on movie posters such as King Kong, Star Wars and the Towering Inferno, and on U.S. postage stamps, most memorably, the Santa Claus Christmas Stamp in 1983 and again in 1991.