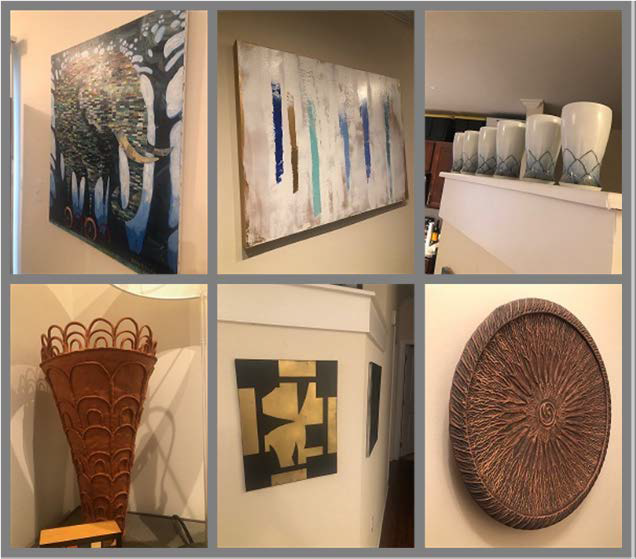 Here are your Week 1 stories. Thank you to all the writers who have sent in their work. And remember, it is never too late to share your story! We will keep adding them as they come in. See our Dear Lawrence blog for the Week 2 prompt…

This is my world right now. Roughly seven hundred square feet in total, it is bordered by restricting white walls. I live out my days and nights in this area roughly one-third the size of a tennis court, undoubtedly much the same as everyone else. What I lack in room to roam I have made up for with a much deeper sensory awareness of everything within, from the careless scratches I made in the hardwood floor, to the faint barking of the neighbor’s dog, or even the occasional overwhelming growl of a truck downshifting on the highway. I survive and do my best to thrive like a dutiful human and living creature. However, I can state without a doubt that I cannot and will not exist without a constant reminder of what it means to be a complete being. This gentleman could not amble or stagger more than six feet (a number we know all too well these days) in any direction without encountering and being overwhelmed by spectacular works of human hands and spirits.

There may never be harder days for those who create these works; however, I can say without a moment’s hesitation that there will never be a time in which it is more imperative for artists to do exactly what they do and for the rest of us to voraciously consume the output of their endeavors, especially with our pocketbooks. Ezra Pound once referred to artists as the “antennae of the race.” This so accurately illustrates that not only are they out in front leading us, but that they will be the first to encounter the unjust pain and damage that the world often delivers. We who desire to occupy life fully and taste it in all its deliciousness will overcome this cursed affliction, and the annihilation of our lives and livelihoods that it has caused. But make no mistake, it will be upon the shoulders of our artists and their works to hold us and keep us until that beautiful day arrives.

A Flash Essay from Kelly Barth:

Found an anti-depressant under my microwave after it exploded. Things are looking up.

-Sent from my iPhone

A chasm has opened up right in front of me. So much has fallen away into the abyss. The future pages on the calendar are mostly blank, the future unplannable.  Where something is written, it is now just squiggles of crossed out events. For one, my daughter’s May college graduation ceremony – a splendid tradition-imbued weekend of events with quaint names like “Ivy Day” and “Illumination” – won’t happen. In spite of years of anticipation, when I heard Maggie’s last college semester was going remote, I saw this particular loss as one that I would simply adjust to.

There is no alternative.

I feel weakness in my bone marrow when I read over what I just wrote.

We have all experienced loss together, living in this pandemic world. Our specific losses are individual, but we share the same sense of heartache. That’s a new thing: feeling like everyone has at least a baseline idea of what everyone else is going through. Within my household of five mostly related people, we aim to connect; we eat meals together and have a nightly chat to assess one day and talk about the next. I feel more in tune with my neighborhood, my town, the world, now that we are all consumed with one thing. It may be that I’m simply more comfortable now that face-to-face interactions are so constrained. Whatever the cause, I feel a warm glow of camaraderie in being safe in my own house, surrounded near and far by family, friends, acquaintances & strangers, all connected by the same fear of disease and death, and the same resolution to avoid them.

Into April, with hope that

May save us in June.

on productivity during a global pandemic

i would not make a good ant
seated in sun as i am i am
as i am a good sloth
or cow
yes knee-deep in pond
still
as if immune
as if
next is no different
than now
no, now
i mean now
and meandering to the pasture
not only not next
or later
or before
but not at all
no need for need till needed
then
okay. move. move now.
maybe under that tree or
all the way to the barn
or into the middle of mates
then
now
as if forgetting the tree
the barn
how long till it’s over
over like next
like beginning
and new
as new as
now is
huddle
breathing breath with everybody
the breath of every body
cud scent
rain on our backs
lightning near the tree
and now?
is.

I remember how I felt when I was a child

with unbridled joy and time to play

with fear, anxiety and rage

at being locked in a cage

I feel the pangs of yesteryears

the echoes in my brain

the terror in my chest and throat

the slow drip, the constant hissing

and the redemption of witnessing

I took a step off of the crazy

and into a holy space

it is so bright

I can’t ever go back again

to what it was

so because the world stopped

I thank the sky

I thank the mountains

and the life-giving Sun

and in my expanding heart

I thank the blessed Earth

for her infinite intelligence

but most of all

and because the world stopped

I will never leave you

I barely remember the first time I was quarantined. I was just 3-1/2, and I had contracted encephalitis as a complication of childhood measles which ran rampant in the days before vaccines were developed. When my fever suddenly spiked, it became apparent that this was more than a run-of-the-mill measles case. I was sent an isolation hospital.

Either because I was so little or as a result of the high fever, I don’t remember much. To my three-year-old self, the worst part was that my favorite stuffed toys, which had been my only comfort, were not allowed to go home with me when I was released two weeks later.

It’s estimated that 400-500 Americans died of measles encephalitis each year before vaccine was available. I was not one of them. A large percentage of those who survived were left with severe hearing loss and/or intellectual disabilities. A typically developing child, I started school a couple years later, and I went on to have a fulfilling life.

Fifty years later I was isolated again. This time, though, I was not being quarantined to keep me from infecting others, I was kept from others so that they would not infect me. Chemotherapy kills cancer, but it also compromises the patient’s immune system. Because my initial treatment didn’t succeed in total remission, I was encouraged to have a stem cell transplant.

I was treated at the Lied Transplant Center in Omaha – and my stay coincided with the “Christmas Blizzard of 2009.” Even in a vast medical complex, there’s only a skeleton crew over the biggest holiday of the year. Add to that the fact that many of their personnel were unable to get to work in the snowstorm, and the people I was interacting with were few and far between.

Once the actual transplant occurred, I became very ill and I just wanted to be left alone in my misery. I would gladly have self-isolated if I’d been allowed. Gradually I recovered and returned to my usual life. Over half a million Americans died from cancer in 2009. I was not one of them.

The Coronavirus pandemic is truly exceptional, but it’s not without precedent in my life. I have devised two daily rituals to help me through these weeks of self-isolation. 1) I’ve been wearing a different graphic T-shirt every day. As a lifelong volunteer (and hoarder), I’m not likely to run out of shirts soon. 2) I find an uplifting vocal performance on YouTube to post on Facebook every morning.

When I contracted measles as a three-year-old, neither I nor my parents knew what was coming, but following doctors’ advice, they quarantined me with the hope of not infecting others with encephalitis. When I became vulnerable to common germs because of a chemotherapy-compromised immune system, I sheltered from others for my own good. Now I’m being asked to stay home to protect myself and to protect others. It’s the least I can do. Really, after what I’ve been through, IT. IS. THE. LEAST. I. CAN.DO.

By Kristine A. Luber 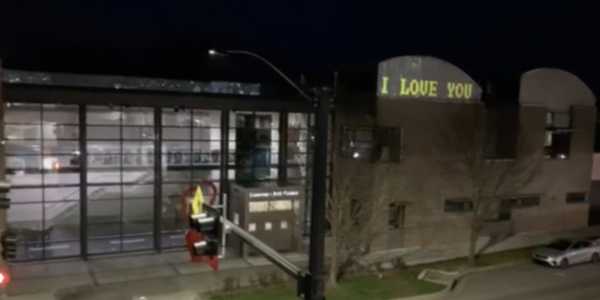 Dear Lawrence, Words on paper, even digital paper, can have power and help to bring … [more] 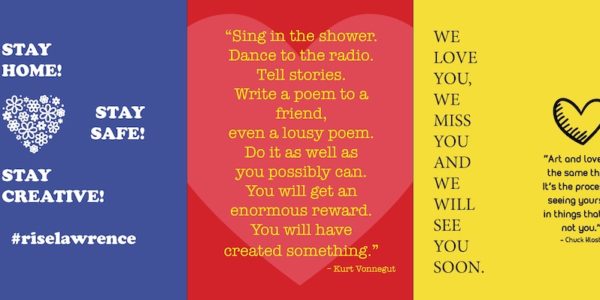 Art Sharing Depot – 5 Ways You Can Share Your Work

Have you jumped on and off the art-making train while sheltering in place? In the … [more]