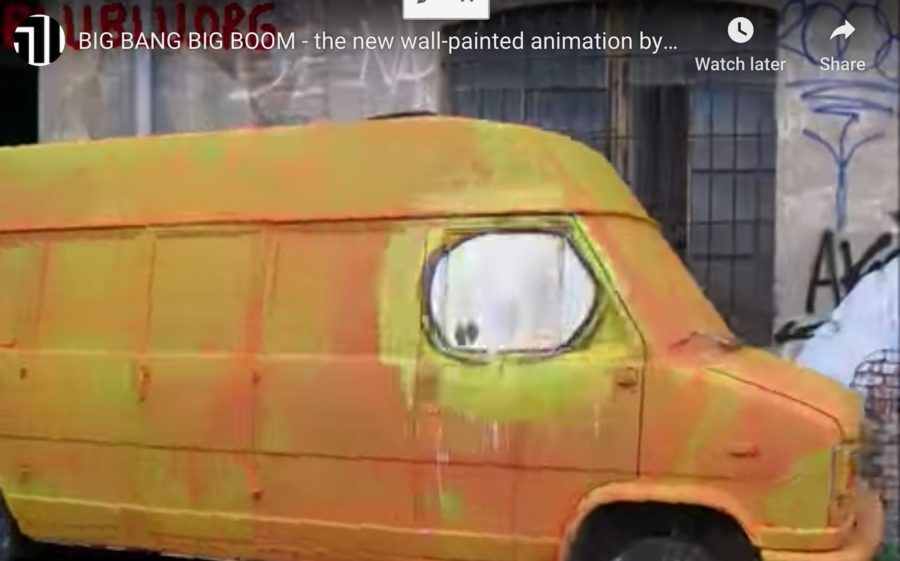 Blu is an Italian street artist who currently lives in Bologna, Italy. He started painting in Italy’s Emilia-Romagna Region and has been involved in the street art scene since 1999. Blu prefers to paint his works around the urban and industrial landscape. His style is easily recognizable and his works can be found internationally; they are known as “epic scale murals.”

Like most street artists, Blu began painting graffiti with spray paint. He quickly gained recognition and fame by painting a graffiti series in the suburbs of Bologna. During the early 2000s, Blu’s graffiti style transformed as he began to work with house paint, experimenting with paint rollers and telescopic sticks. Not only did his graffiti art become much larger, but it took on a much more dramatic appearance. He quickly began to create huge human figures, often sarcastic in appearance and resembling comic and video game art.

Strongly influencing Blu’s early career were team efforts with other street artists such as Dem, Sweza, Run, and Ericailcane. This camaraderie focused on establishing creative participation and helped lead to Blu’s experimentation with digital animation. He participated in many artistic endeavors with Ericailcane from 2003- 2006, which helped gain him a large following.