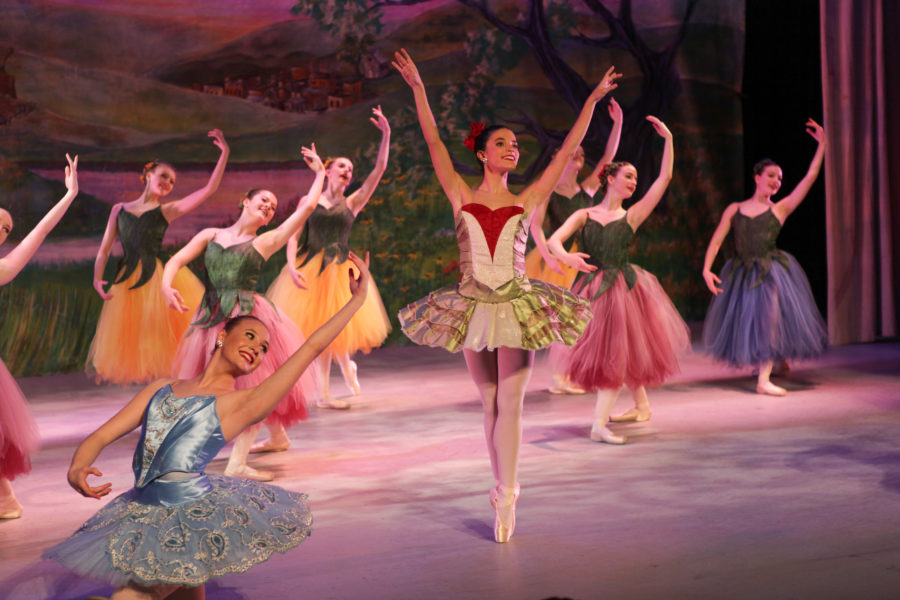 The Lawrence Arts Center’s annual take on E.T.A. Hoffman’s story of “The Nutcracker and the Mouse King” will put the spotlight on some of the area’s most talented performers.

“The cast members and their talents are truly remarkable this year, and we are going to have a truly wonderful performance because of what they are able to bring to the table,” said Arts Center Dance School Director Hanan Misko, who is the artistic director for the performance.

“The Nutcracker, A Kansas Ballet” includes a full ballet performance featuring members of the Art Center’s Lawrence Ballet Theatre, a live orchestra and the Lawrence Children’s Choir. Misko said the performance’s 141-member cast is made up mostly of dancers from Lawrence and surrounding areas. The cast also includes Jerel Hilding, an associate professor in the University of Kansas Department of Theater and Dance.

Continuing local tradition, the performance reimagines the classic tale in a Kansas setting. The show is set in Kansas during the Civil War era, and characters include historical figures such as abolitionist John Brown. The performance also features a waltz of the flowers with a selection of Kansas wildflowers and appearances of Kansas wildlife.

Misko said this year’s performance includes updated choreography for some scenes, including the battle scene, and the debut of new costumes for the snow wonderland scene. He said the costumes took several years to create and will complete the look of the scene. The Lawrence Children’s Choir will also sing during the scene this year.

Because the show sold out before opening night last year, Misko said the Arts Center has added an additional performance to this year’s schedule.

The show will run from Dec. 13 to Dec. 22., with eight performances planned. Tickets are $30 for adults, $23.50 for seniors and $20 for youth. Ticket prices include all taxes and fees, and tickets can be ordered on the Arts Center’s website, lawrenceartscenter.org.