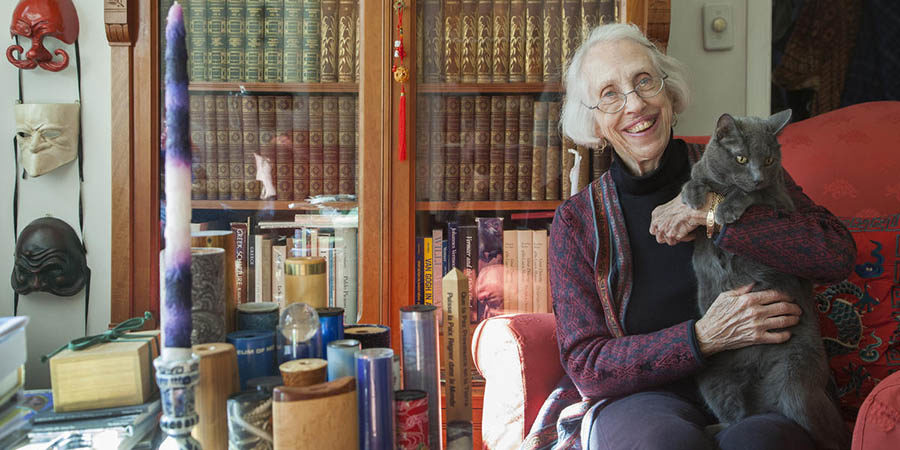 People still have things to say about “Moby-Dick,” Herman Melville’s 1851 novel about Captain Ahab’s obsessive and dangerous hunt for a great white whale.

“I was expecting, like, a tedious and masculine slog through this sea-faring adventure, but there’s so much more going on in ‘Moby-Dick’ about gender and language and humor and American identity,” said poet Danny Caine, who owns the Raven Bookstore in downtown Lawrence.

“Where are women in this tale, this massive tale of this time of history?” wondered Mary Wharff, a Lawrence resident who writes stories and poetry.

“I think that ‘Moby-Dick’ helps us to understand who we are as Americans, and who we might be — for better or worse,” said Elizabeth Schultz, the co-editor of a new poetry anthology called “After Moby-Dick.”

The collection includes 61 poems by more than 30 poets, including Schultz.

PHOTO: Elizabeth Schultz, a professor emeritus of English at the University of Kansas and the author of poetry collections, is pictured in her Lawrence home with her cat, Bruce, in this file photo from October 2014.
CREDIT MIKE YODER/LAWRENCE JOURNAL-WORLD