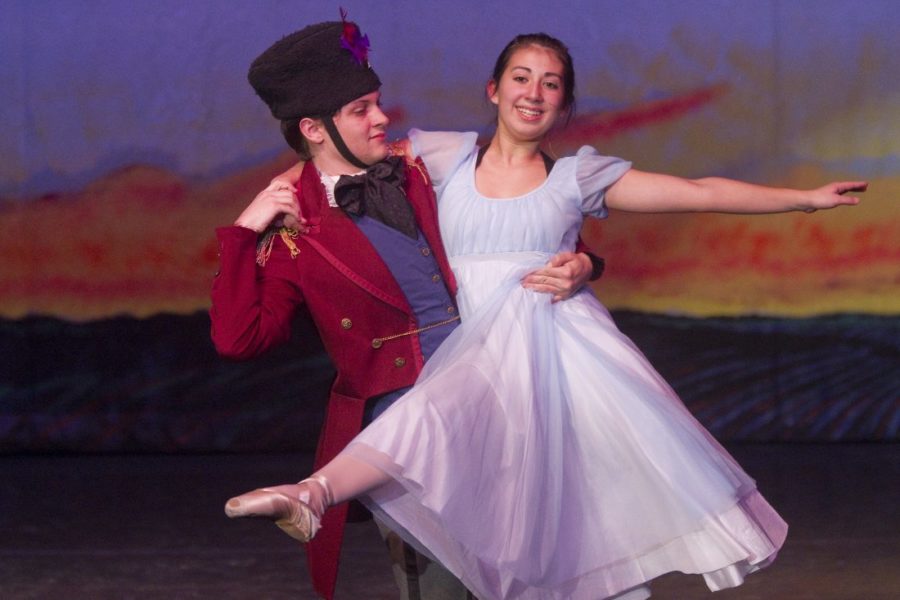 By Kathy Hanks on September 2

It may seem early to be thinking of the winter holiday season, but not for those wanting a role in the Lawrence Arts Center’s production of “The Nutcracker, A Kansas Ballet.”The production is influenced by the original 1816 “The Nutcracker and the Mouse King” by Prussian author E.T.A. Hoffmann and by the later ballet by Russian composer Pyotr Ilyich Tchaikovsky. However, Hanan Misko, the arts center’s dance school director and the production’s artistic director, has taken creative liberties, weaving a different storyline and placing the characters in 1864 Lawrence.The local version, originally called “A Kansas Nutcracker,” was co-created in 2002 by Deborah Bettinger and Ric Averill.

“Four years ago I inherited the show, and this current version is inspired by the previous concept of local history and the tale by Hoffmann,” Misko said. The plot includes a soldier off fighting in the Civil War and a homecoming story that flows back to Kansas.

Misko is still fine-tuning the production, which will include a cast of up to 165 people.

Anyone older than first grade who is interested in taking part in the December theatrical tradition should register for auditions, which will take place from 10 a.m. to 5 p.m. Sept. 7.

There is a $145 production participation fee for those in first grade through 12th grade. There is no fee for adults and those enrolled in the Lawrence Ballet Theatre. Financial aid is available for qualifying families. Children must currently be enrolled in a dance class, at any dance school or studio, said Misko, in order to be considered for a part.

More information can be found at www.lawrenceartscenter.org

Rehearsals will start the first weekend in October.

The show is a large production complete with a full orchestra. To put on the production, the arts center needs about 200 people behind the scenes, Misko said. Last year the production sold out every night, and this year the center is adding one more show.

Performances are scheduled over two weekends running Dec. 13 through Dec. 22.