Jody Boyer and Russ Nordman did not have to go far to find the inspiration for creating their newest body of work, “Mechanical and Botanical.” Images from their own backyard and past childhood memories provided a starting point for their exhibit now on display in the middle gallery.

Stemming from her interests in sustainable agriculture and science, Jody Boyer made a body of cyanotype prints of ‘non-native’ weeds that are often considered as invasive. As a master naturalist, Jody decided to stop pulling the weeds and other plants in her backyard to observe how nature claims her own garden. She captured the results through a scientific cyanotype technique and artistically experimented with different chemicals and exposure time. Boyer’s painterly approach to these scientific and artistic investigations, brings a poetic beauty to these organic imageries. 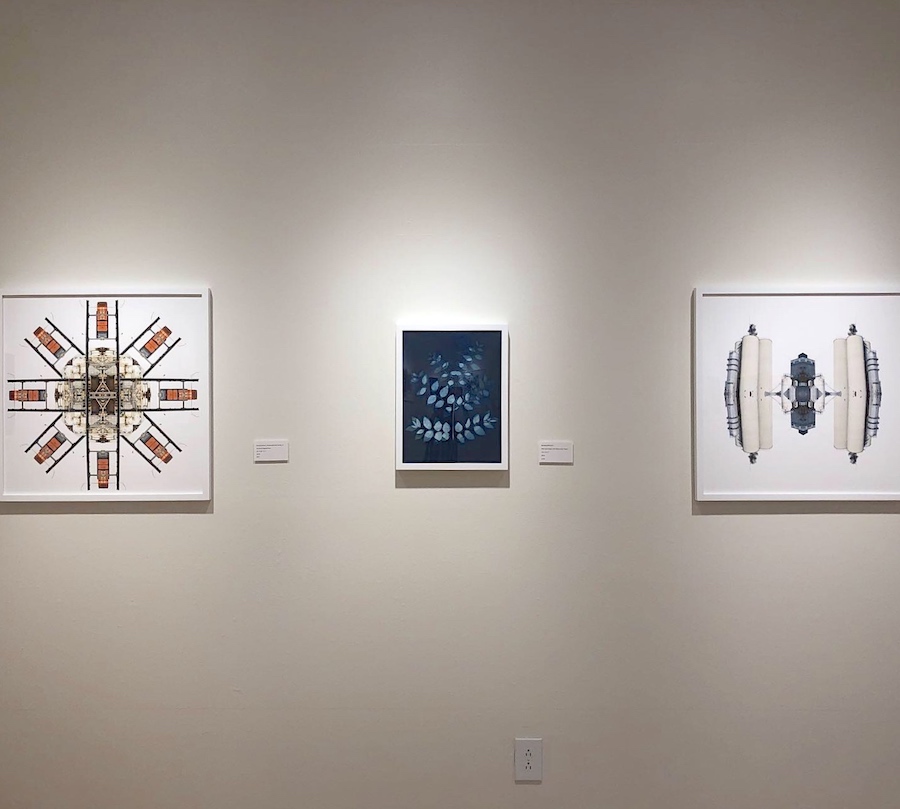 Russ Nordman uses technology to process childhood imagery through his archival prints of mechanical machinery collages. He sees art as a way to process thoughts, interests and life observations. Since 2007, he has made family trips to 99 counties in his home state of Iowa. Through these excursions, he discovered rich and deep histories behind places that played an important role in his childhood memories. In many small Midwestern towns, industrial machinery such as grain elevators can become landmark for young children’s imaginations. After living in larger urban cities for a number of years, Nordman was able to photograph these structures with fresh eyes. He sees the camera as another tool to collect objects, and editing software as a vehicle for more in-depth study.

As partners in life, Boyer and Nordman work parallel with one another. After finishing one body of work, they choose which pieces to exhibit so their works can be in conversation with each other while showcasing their independent journey as two artists and educators. In their latest exhibition of 2D works, the organic shapes and marks of Jody’s cyanotype prints complement the more formal mandala compositions of Russ’s collages. “Mechanical and Botanical” is on display until Aug 24 – be sure to see it this month in the middle gallery! 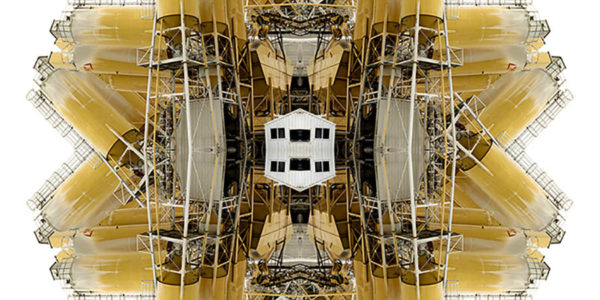 Jody Boyer’s work for this exhibition was made this summer in her own backyard. As an … [more]