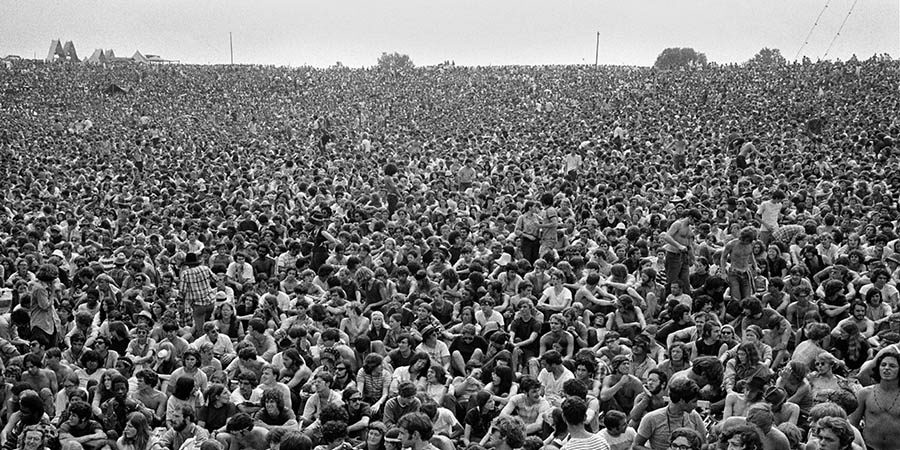 Humanities Kansas has just announced a $10,000 award to the Lawrence Arts Center in support of “Back to the Garden: Photographs of the 1969 Woodstock Festival,” a photo exhibit and public programs marking the 50thanniversary of Woodstock. Curated by Exhibitions Program Director Ben Ahlvers, “Back to the Garden” runs from August 9 through September 14 with an opening reception on August 9th from 5-8pm. The exhibition features photographs from Henry Diltz, John Dominis, Bill Eppridge, Elliott Landy, Jason Laure, Lisa Law, Ken Regan, and Baron Wolman. Through these photographs, “Back to the Garden” examines Woodstock with an emphasis on the perspective of its attendees.

“Back to the Garden: Photographs of the 1969 Woodstock Festival” will be supplemented by the following programming:

August 6, 7pm – A screening of Woodstock: Three Days that Defined a Generation.
With never-before-seen footage, this brand new PBS documentary tells the story of the political and social upheaval leading to those three historic days when near disaster put the ideals of the counterculture to the test.

August 15, 7pm – INSIGHT Art Talk with Curator Ben Ahlvers.
Go behind-the-scenes of the curatorial process with an in-depth look at the selection process, insights into the photographers, and  additional Woodstock images.

August 16, 7pm – A screening of Jimi Hendrix: Electric Church.
This film features live performances and rare interviews with Jimi Hendrix from the 1970 Atlanta International Pop Festival, then hailed as the “Southern Woodstock.” Songs include: “Stone Free,” “Purple Haze,” “All Along The Watchtower,” “Foxy Lady,” and more.

August 26, 7pm – Woodstock and the 1960s, a presentation by David Farber, the Roy A. Roberts Distinguished Professor of History at the University of Kansas.

September 11, 7pm – From Woodstock to Fyre Festival.
This panel discussion delves into the legacy of Woodstock and the changing landscape of music festivals.

“Humanities Kansas supports programming that will spark conversations, inspire us to think differently, and understand what connects us. This project brings together images and photographers from Woodstock and asks us to consider the legacy of this festival that came to symbolize the tumultuous 1960s.”

Humanities Kansas is an independent nonprofit spearheading a movement of ideas to empower the people of Kansas to strengthen their communities and our democracy. Since 1972, our pioneering programming, grants, and partnerships have documented and shared stories to spark conversations and generate insights. Together with our partners and supporters, we inspire all Kansans to draw on history, literature, ethics, and culture to enrich their lives and serve the communities and state we all proudly call home.