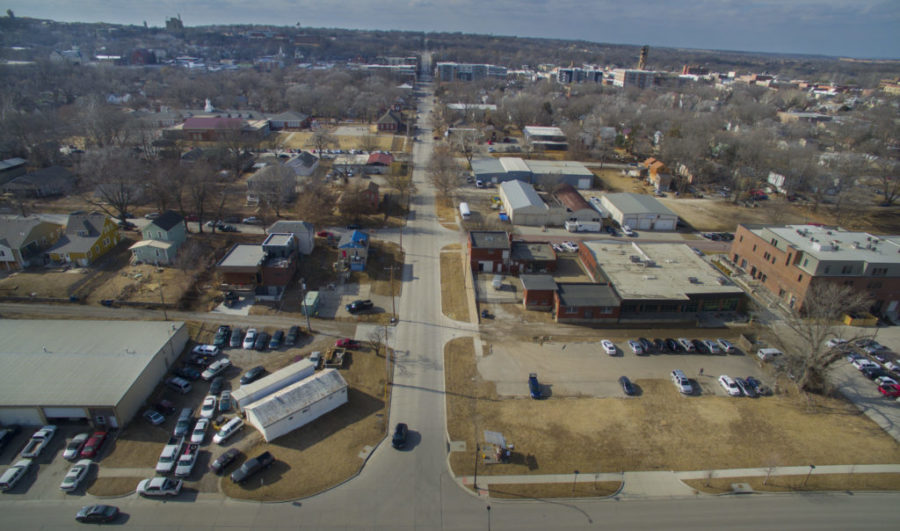 Fifteen art projects are coming to East Ninth Street, and community meetings will soon gather input on what those projects should be.

The first of three community input meetings will take place Dec. 1, according to a news release from the East Ninth project team. Project Facilitator Mandy Enfield said the input gathered in the meetings will help determine the direction of the art for the roadway, which connects downtown with the Warehouse Arts District.

“The main reason we’re having these input sessions is because this is a community art project, community input is absolutely essential to the success of it,” Enfield said. “That’s something that we’ve learned going through this process over the last several years.”

The art for East Ninth Street is being funded by a $500,000 ArtPlace America grant that was awarded to the Lawrence Arts Center in 2014. When originally proposed, the art was to be designed and installed in tandem with the city’s street and walkway reconstruction of East Ninth Street, which is scheduled to be complete next month.

El dorado inc. created the original design concept, a $3.8 million plan that integrated artistic elements, such as natural rock seating, native grass and light and sound displays into the street reconstruction. The project generated community debate and some opposition from neighbors, and the Lawrence City Commission ultimately did not move forward with that concept plan.

Specifically, Enfield said the community feedback will help shape criteria for a community panel that will judge the components of 10 art projects or installations. Those 10 projects will be in addition to art projects by five artists previously selected as part of the original concept plan. Enfield said she has spoken with the five artists, and that they are all still interested in being involved in the project.

The Lawrence Arts Center announced last month that Enfield had been named the project’s facilitator. Enfield’s contract will end with the completion of the project in June 2020. In addition to Enfield, the project team includes Arts Center Development Coordinator Alex Olson and East Lawrence residents KT Walsh and Lane Eisenbart, according to the release.

Enfield said options for what the 15 art projects or installations will be remain flexible, and some could even be temporary.

“We’re not putting boundaries on anything right now as far as options go, but I do perceive there being some permanent pieces and some temporary pieces,” Enfield said.

If art will be temporarily or permanently installed in the city right-of-way, it would require review by the Lawrence Cultural Arts Commission and the City Commission.

The first community input meeting regarding the East Ninth Street art project will take place from 9 a.m. to noon Dec. 1 at the Sunrise Project, 1501 Learned Ave. The release states that those interested in serving as jurors, artists or other roles in the project are also encouraged to attend. Two more input meetings will follow in early 2019.