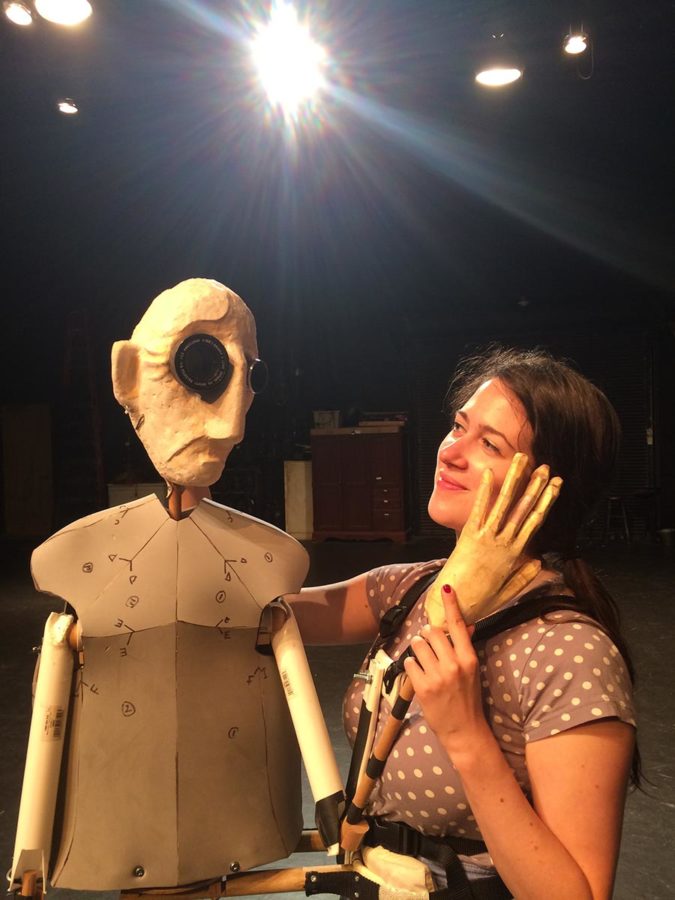 Rebel Playhouse Executive Director Clara Kundin started acting at the Lawrence Arts Center in 4th grade, performing as Toto in the Wizard of Oz at the Carnegie building and performing in Summer Youth Theatre every year until she left for college. Clara also performed as Anne Frank in the touring production of The Diary of Anne Frank with Ric Averill’s Seem-to-Be Players. Having Clara back in Lawrence makes this exciting workshop all the more special.

The Fantastical Dangerous Journey of Q tells the story of a nonbinary 5th grader, Q, who faces a terrible day filled with an oral report, bullying friends, a math test, and, worst of all, the decision of whether to try out for the boys’ or girls’ soccer team. Fortunately, Q’s neighbor, Nix, seems to have all the magical items Q needs to complete their dangerous journey.

“The importance of seeing oneself represented onstage is well documented, and we hope to give genderqueer youth an opportunity to see themselves and their stories,” Clara Kundin explains. The Fantastical Dangerous Journey of Q reflects our growing understanding of gender identity. People of all ages are growing more familiar with the idea that gender encompasses more than just male and female, and young people are leading the charge. Today’s generation of students has a more nuanced understanding of gender than previous generations. Global advertising agency J. Walter Thompson reports that approximately 56% of Generation Z (13-20-year-olds) know someone who uses gender-neutral pronouns, such as they/them, compared to 43% of older Millennials (21-34-year-olds). Theater for youth has yet to reflect much of a Generation Z reality. With The Fantastical Dangerous Journey of Q, Ric, Dax, and Rebel Playhouse seek to play a role in changing that.

The Fantastical Dangerous Journey of Q is intended for audience members of all ages and identities. The workshop, to be performed on September 7 at 7 pm, and September 8 at 2 pm and 7 pm at Lawrence Arts Center, is the first stop for the show before its December 2018 world premiere in New York City at the 14th Street Y Theater. Audiences at the Lawrence workshop will participate in a talkback after each show, providing valuable feedback as the musical continues to be developed. Admission is free with a suggested donation of $10.

About the creative team:

Rebel Playhouse is a non-profit, educational theater company that produces productions for children and families based on stories that break traditions and challenge normative thinking, and offers classes designed to foster creative development. By rebelling against established stories, they ignite children’s imaginations so they can learn to create their own stories by thinking outside of the box. Their mission is to empower, educate, and entertain audiences. Rebel Playhouse is committed to providing paying and professional opportunities to our team and is working to assemble a gender-diverse group as they make the Journey of Q a reality.

Ric Averill is a freelance director, playwright, teacher, screenwriter, actor, composer, musician and music director, and Artistic Director, Emeritus, of the Lawrence Arts Center, where he co-founded the award-winning Summer Youth Theatre program in Lawrence, Kansas. Ric has been commissioned by the Coterie Theater in Kansas City, the John F. Kennedy Center for the Performing Arts in Washington, DC, First Stage Milwaukee, and San Diego State University’s Theater of the World Festival to write plays and operas. The body of Ric’s work may be found at Dramatic Publishing.

Dax Dupuy is a New York City composer and resident composer for Rebel Playhouse. A Brooklyn-based composer/lyricist, she has written numerous musicals and incidental scores for professional theatres throughout the country, including Barter Theatre, Rebel Playhouse, Greenville Little Theatre, Nebraska Shakespeare Festival, Omaha Theatre Company, and Duke City Repertory Theatre. Her musical Frosty, written with Catherine Bush, has completed three winter national tours in collaboration with TheatreWorks USA. TheatreWorks has also commissioned Dax and Catherine to write music and lyrics for the new musical adaptation of the best-selling children’s book series Clementine, which will tour throughout the country in 2018-19. 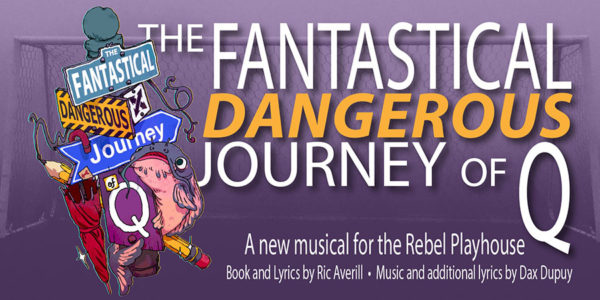 A New Musical:  The Fantastical Dangerous Journey of Q 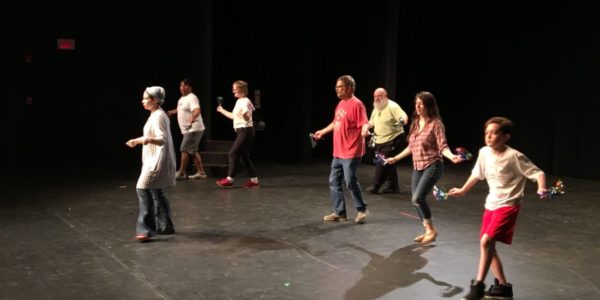 Musical exploring the world of child gender identity will start in Lawrence, then move to NYC | Lawrence Journal-World

By Dylan Lysen on September 4, 2018 A musical production focusing on a child dealing … [more]