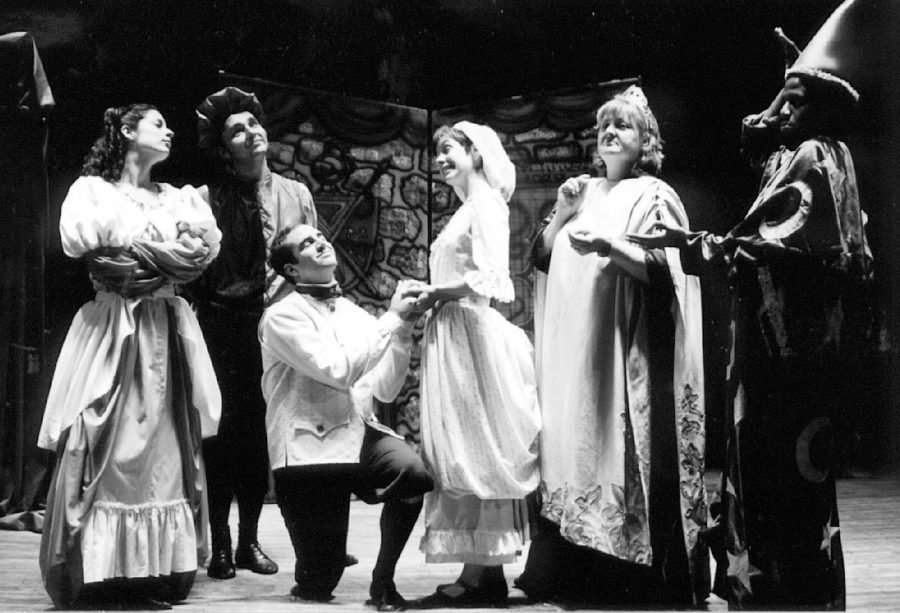 Ric Averill has been awarded the 2018 Charlotte B Chorpenning Playwright Award. The award is given for a lifetime body of work in the field of Theatre for Youth and is named after one of the pioneer playwrights in the ever growing field of Theater for Young Audiences.

The Distinguished Award Ceremony will be held at the Hennepin Theatre Trust, 900 Hennepin Avenue, Minneapolis, MN, 55403, on Saturday, August 4th from 8-9 PM.  Ric expects to live stream his acceptance speech. Ric Averill is the Emeritus Artistic Director of Performing Arts at the Lawrence Arts Center, where Ric worked and his national touring company, the Seem-To-Be Players, was based. Ric has more than 20 plays published with Dramatic Publishing Company and a treasure trove of unpublished work.

Ric’s opera for children, The Emperor’s New Clothes and his adaptation of Alice in Wonderland toured professionally and were produced by the John F. Kennedy Center’s Theatre for Young People program. Ric’s T-Money and Wolf, co-written with Kevin Willmott, won AATE’s Distinguished Play Award. Ric has written on commission for the Coterie Theatre in Kansas City, First Stage Milwaukee, Rebel Playhouse in New York, Nashville Children’s Theatre and for many theatres in Lawrence and Northeastern Kansas including the Lawrence Arts Center.

Ric’s plays are predominantly original stories, though adaptations are peppered throughout. Ric’s current original projects include a musical opening December 1st at the 14th Street Y in New York: The Fantastical Dangerous Journey of Q, for Rebel Playhouse with composer Dax Dupuy, and #PERSEPHONE, an open theatre style work for the Coterie Theatre Master Class in Kansas City opening July of 2018.

Ric is married to actress/teacher Jeanne Averill and she is his muse and constant collaborator. Both the Averills’ adult children work in theatre and a new crop of actors (4 grandchildren) are on their way to the stage. Ric says he has “been blessed by a wonderful gathering of minds through the Bonderman, New Visions, AATE, TYA/USA, IPAY. Always influenced by other playwrights and other work, I enjoy the way collaboration grows out of the writing experience into a full-fledged community commitment to look at the way we are and might be living.”