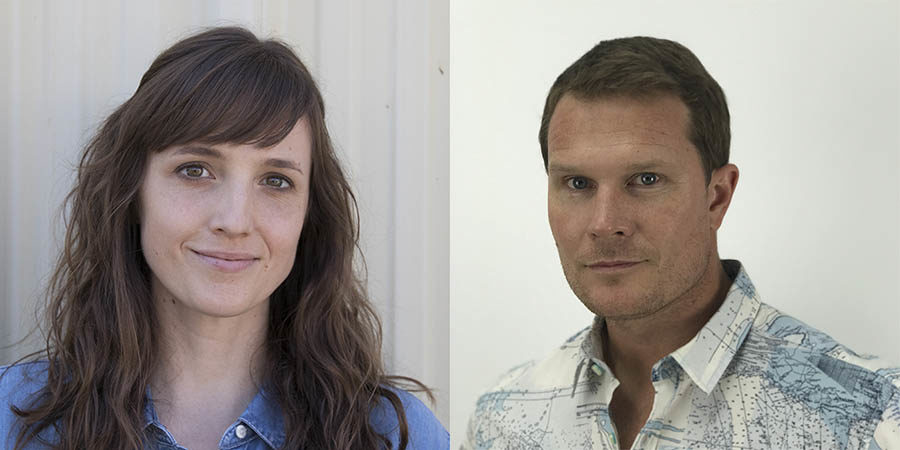 The Lawrence Arts Center is thrilled to announce the Ceramics and Printmaking Artists in Residence for 2018-2019. This year, the Arts Center received a record number of applications for these two yearlong positions. The two artists selected represent the best of an overwhelmingly strong pool of candidates.

The 2018-2019 Ceramics Artist in Residence for the next year will be Nate Ditzler and the 2018-2019 Printmaking Artist in Residence will be Johanna Winters. As part of their yearlong residency, these artists will be developing new bodies of work, collaborating in our studios, taking part in community-driven projects, and teaching.

Nate Ditzler grew up on the island of O´ahu, Hawai´i. He holds a Bachelor of Arts in Cultural Anthropology and a Bachelor of Fine Arts from the University of Hawai´i at Manoa. In 2016, he completed a Master of Fine Arts degree at West Virginia University. He has shown in galleries, solo shows, juried exhibitions, and group shows nationally and internationally. His art explores nuances of the human condition, while constantly expanding on his material investigations and means of fabrication.

Nate’s work explores the seemingly trivial and overlooked moments of everyday life. Using a combination of ceramic forms and fabricated mixed media elements, he gives a visual presence to these phenomena. His visual language is derived from the simplicity and playfulness of the illustrations found in children’s books and single panel comics. The amorphous form in his sculptures represents the philosophical idea of the perpetually unresolved individual as being and in a constant state of becoming.

Johanna Winters hails from Minneapolis, MN where she served as the Education and Community Programs Manager at Highpoint Center for Printmaking. Johanna received her MFA from the University of Tennessee-Knoxville, and was the 2017-18 recipient of the University of Tennessee College of Arts and Sciences Thomas Fellowship. She has taught printmaking as an Associate Lecturer at the University of Wisconsin-Green Bay, and recently completed a residency at the Eugeniusz Geppert Academy of Fine Arts in Wrocław, Poland. Her work has been exhibited nationally and internationally.

In Spring 2018, Johanna designed, directed, and produced a live shadow-puppet performance and video projection that addressed the lack of popular understanding of female desire, and how it is enacted, inhibited, sustained, and diminished over a lifetime. In her current work, Johanna explores the anxieties of aging women and their shame, vanity, restraint, disappointment, and pleasure and confronts the social conditioning that perpetuates the repression of female sexuality, empowerment, and agency.