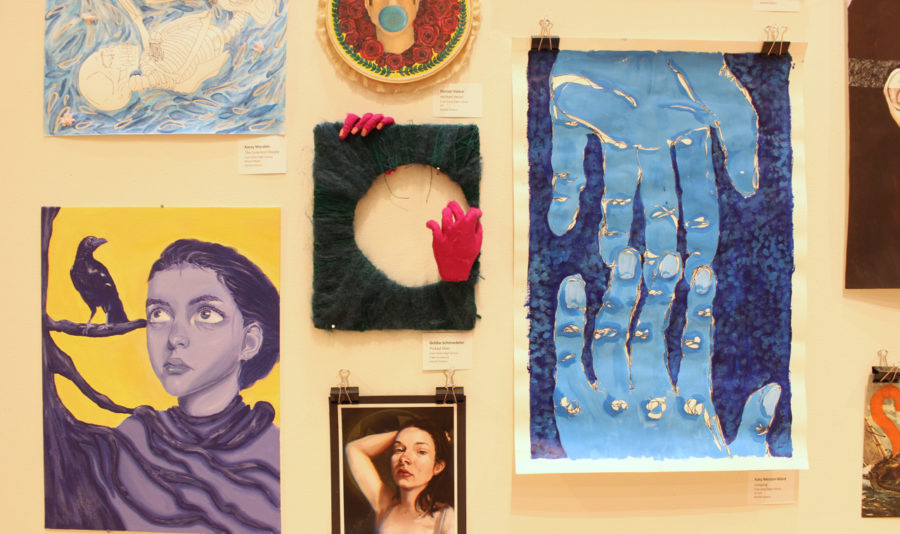 The Lawrence Vanguard Awards honor youth achievement in the visual arts in Lawrence Public Schools. Supported by a champion of the arts, the awards are focused on identifying remarkable talent, skill, and originality in young visual artists in Lawrence. The awards are open to youth working in visual art mediums within Lawrence Public Schools. 2D and 3D work entered into the Annual USD 497 Art Exhibition at the Lawrence Arts Center are eligible to be considered for an award. Work was selected on April 27th by sculptor Shiyuan Xu, printmaker Michael Benedetti and art educator Neal Barbour.

Winners will receive their awards at a public ceremony at the Lawrence Arts Center on Friday, April 27, 6:15pm.

Vanguard Award:  A prize of $1200 is awarded to each of the top 2D and top 3D high school artists included in the USD 497 show, whose work demonstrates the highest overall quality, originality and skill. The prize intended to support the student’s continued study in the visual arts.

Trailblazer Award: A prize of $600 is awarded to a 2D and 3D student whose work is of high quality and demonstrates exceptional level of experimentation, innovation and skill.  The prize is intended to support the student’s continued study in the visual arts.

Catalyst Award: A prize of $150 is awarded to the USD 497 instructors of the winning students.  Prize money is intended to support the teacher’s continued pursuit of excellence in the classroom and studio practice.

Vanguard Emerging Artist Awards: A free visual art class is awarded to one student in each grade K-8 for work that is high quality and that demonstrates an exceptional level of experimentation, innovation and skill.  The prize is intended to support the student’s continued study in visual art. The teacher of winning students also receive a free class at the Lawrence Arts Center.

High School Juror: Shiyaun Xu, Sculptor. Shiyuan Xu is originally from Hangzhou, P.R. China and has an MFA in ceramics from Arizona State University. Her work has been exhibited nationally and internationally. Shiyuan is a 2017 Ceramics Monthly Emerging Artist and has been awarded multiple prestigious artist residencies.

High School Juror: Michael Benedetti, Printmaker. Michael Benedetti is originally from Pittsburgh, Pennsylvania and he has an MFA in printmaking from the University of Georgia. Michael has been awarded multiple residencies, including a residency in Ghent Belgium where he studied low-toxic and sustainable options for printmakers. He also has exhibited his work throughout the world.

K-8 Juror: Neal Barbour, Director of Youth Education Lawrence Arts Center. Originally from Spokane, Washington, with a BA in Writing and Video Production from Western Washington University, Neal has a wide range of experience as a videographer, screenprinter, preschool teacher and translator, working in a variety of locations and settings including Chile, Germany, and across the west coast.  After ten years of itinerant artistry, Neal moved to Portland, OR to obtain a Masters in Education with concentrations in Art and English from Portland University.  He taught public High and Middle School for three years in Oregon, before moving to Lawrence, Kansas in 2011. Neal was a member of the fine arts faculty at Topeka West High School where he taught Jewelry, Ceramics, Painting, Drawing, Graphic Design, and Sculpture for four years before joining the Lawrence Arts Center’s education team as the lead teacher, curriculum specialist and all around arts education guru. 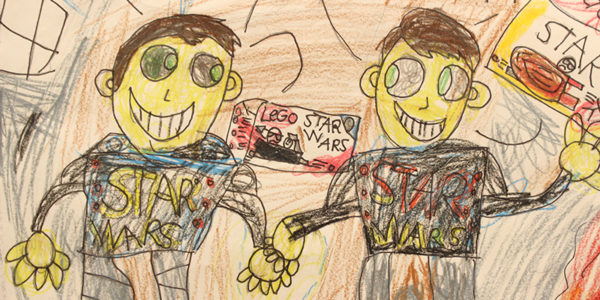