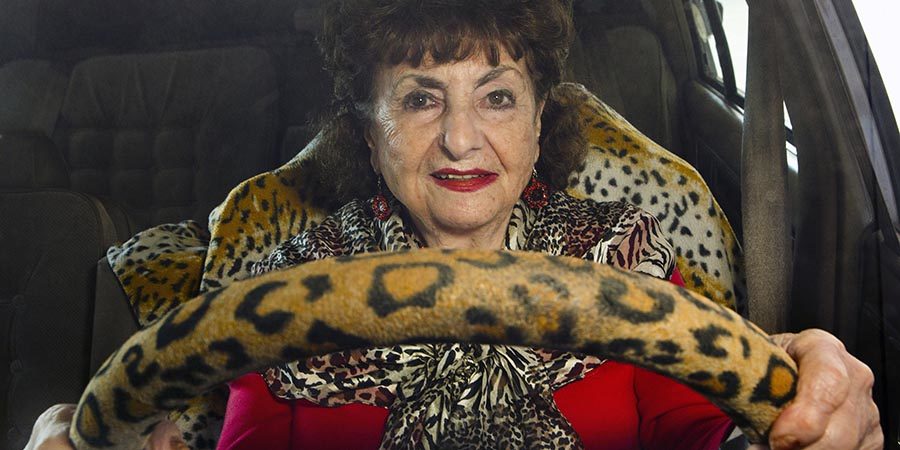 The Lawrence Arts Center will recognize International Holocaust Remembrance Day with a screening of the film, Big Sonia, and a performance of the play, Bent, on Saturday, January, 27.

“Key to the strength of Big Sonia is its refusal to give in to easy bromides. Its use of animation to illustrate Sonia’s memories spins off her own artful drawings in a way that amps the sense of unspeakable horror rather than sugarcoating it. The filmmakers, like Sonia herself, acknowledge the ongoing struggle that’s essential to surviving such trauma… And as survivors’ numbers dwindle, there’s urgency when she insists on remembering.”

Big Sonia makes its Lawrence premiere on the big screen this Saturday, January 27 at 4pm.

This critically acclaimed new documentary tells the story of Sonia Warshawski, one of the last remaining Holocaust survivors in Kansas City. A poignant story of generational trauma and healing, Big Sonia also offers a laugh-out-loud-funny portrait of the power of love to triumph over bigotry, and the power of truth-telling to heal us all.

The screening is presented by the Free State Festival and will be accompanied by a community discussion with Caryn Mirriam-Goldberg (Author of Needle in the Bone: How a Holocaust Survivor and a Polish Resistance Fighter Beat the Odds and Found Each Other), researcher Andrea Weis (Kansas Jewish History Project), and Dr. Samuel Brody (KU Department of Jewish Studies).

Click here for more information and to purchase tickets.

The theatrical production of Bent, by StormDoor Productions and EMU Theatre, runs January 25 – 28 at the Lawrence Arts Center with a special International Holocaust Remembrance Day performance on January 27 at 7:30pm.

Martin Sherman’s 1979 drama about gay men in Germany during the Holocaust was nominated for a Tony Award and named among the Top 10 Most Influential Postwar British Plays by The Guardian.

The story opens with the dissolute playboy Max and his gentle boyfriend, Rudy, discussing the wild scene that Max had been part of the night before. Little do they know that night was also the infamous Night of the Long Knives, in which Hitler targeted his enemies, real and perceived, for death. Max and Rudy are on the “pink list” and soon are running for their lives. In the end, Max the playboy, is given a chance to learn, among the most brutal conditions imaginable, what honesty and loyalty entail.

Bent is recommended for audiences 16 and up.

We hope you join on us on this special day of film and theatre. The internationally recognized date for Holocaust Remembrance Day corresponds to the 27th day of Nisan on the Hebrew calendar and marks the anniversary of the Warsaw Ghetto Uprising.