The Free State Festival is a now a member of the Film Festival Alliance, an organization that fosters collaboration among mission-driven film festivals around the world. With over 200 festivals represented in this network, our homegrown event here in Lawrence, KS will now have the benefit of learning from these entities. The Film Festival Alliance plays an important role in the Arthouse Convergence conference and hosted a series of discussions geared specifically for the film festival community. 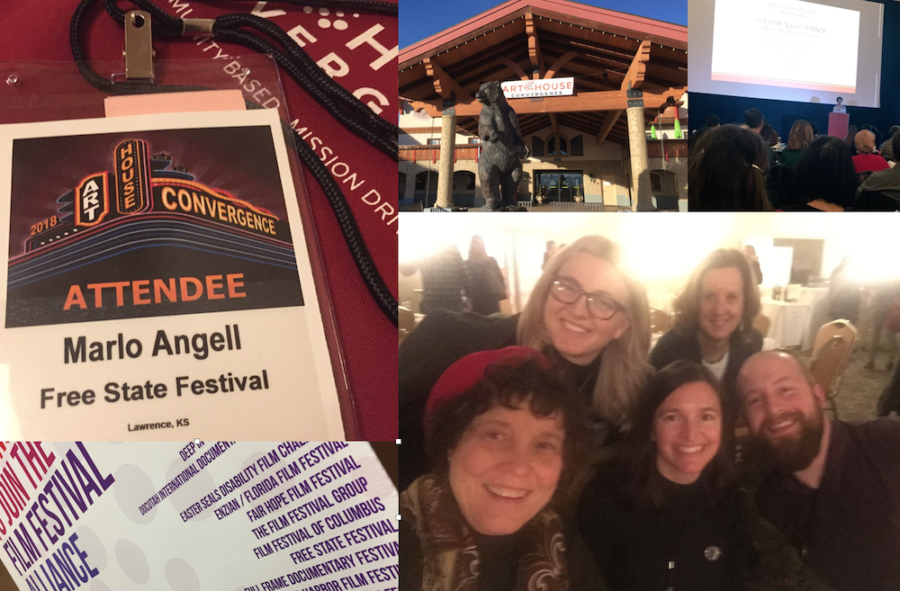 Free State Festival Director Marlo Angell reflects on her experience with the Film Festival Alliance at the Arthouse Convergence:

“Amidst the backdrop of the Utah mountains, film enthusiasts from near and far gathered for a week in January to exchange ideas for sharing the art of cinema with our communities. I learned a lot from the focused study sessions — some of my favorites included a spotlight on Q&A’s, the highly entertaining Arthouse Tales (rapid fire presentations telling the story of film venues and events), and a deep dive conversation between film festival programmers and distributors which had a strict no-social-media policy to set the stage for frank dialogue.

Just as important to me was the opportunity to connect faces with the names of festivals I’ve known about for years. Sharing meals, war stories, and slipping through slushy ice castles with professionals from the Cascadia International Women’s Film Festival, Adirondack Film Festival, The Jacob Burns Center, The Tallgrass Film Festival, and San Luis Obispo Film Festival made me feel I had found a tribe I can now call upon for support and guidance.

One of the biggest takeaways I bring back to Lawrence is the call-to-action to set the stage for inclusive stories. I’ll work harder to foster connections with communities of color, gender identities and various socio-economic statuses to be involved both on the stage and behind the scenes.

In the words of Firelight Media Founder Marcia Smith (producing entity behind FSF2017 film Whose Streets? ): Your space is much more than chairs and a screen. It is a gathering place for your community. This is more important now than ever. In a time where many are feeling powerless, you can provide a place to gather.’ “

If you’d like to learn more about the Arthouse Convergence and some of the challenging conversations that were explored at the conference, check out this article from Indiewire.