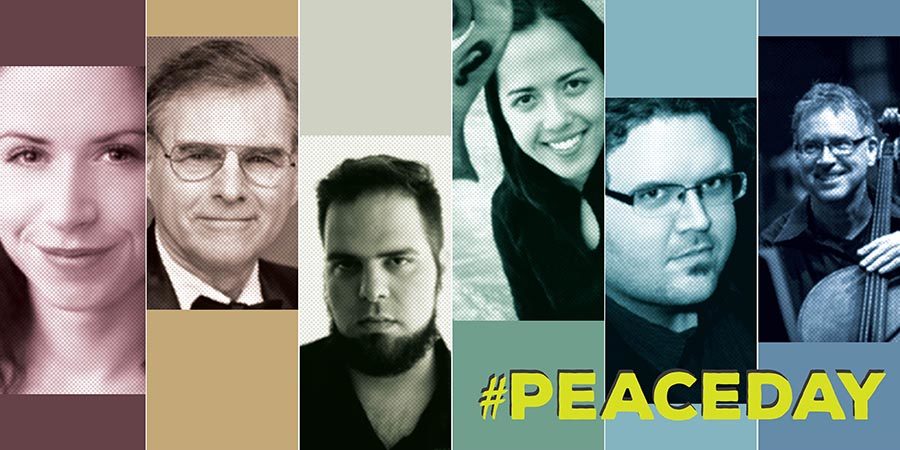 The Oread Strings present a concert to celebrate the U.N. International Day of Peace, September 21, 2017 from 6 to 9pm. This concert will feature six cellists, each performing one of the six Bach Cello Suites, and will take place in the Large Gallery, a breathtaking space, visually and acoustically. The Bach Cello Suites are some of the most recognizable music composed for solo cello, and were popularized by the Spanish cellist Pablo Casals, who was awarded the U.N. Peace Medal for his commitment to peace, justice, and freedom. Engage with people around the world in World Peace Day by attending this not-to-be-missed concert. #PeaceDay 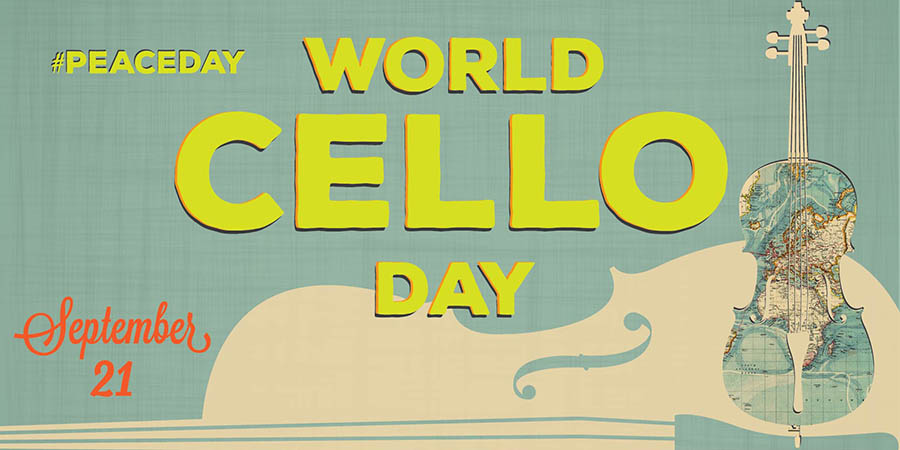 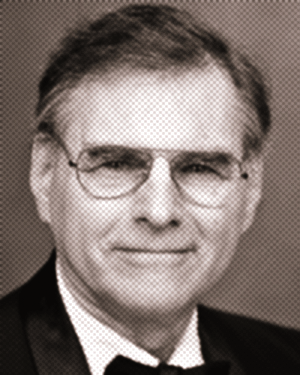 EDWARD LAUT, cellist, has appeared as soloist on radio and television in the U.S. and abroad. Concerto for Cello and Jazz Band, Sonata for Solo Cello, and Suite for Cello and Jazz Trio, by renowned composer David Baker, were premiered and recorded on the Liscio label by Laut. He has commissioned and premiered “Four Humours,” a concerto for cello and choir by Elizabeth Raum. He has recorded for the Canadian Broadcasting Corporation and National Public Radio and won the plaudits of such composers as Samuel Barber, George Crumb, and Virgil Thompson for his performances of their works. Laut, a graduate of Indiana University having studied with Janos Starker, has held principal positions in the Manila Symphony, the USAF Band in Washington D.C., and the Atlantic Symphony in Halifax, Nova Scotia. He also was assistant principal of the Montreal Symphony Orchestra, and cellist in the Cleveland Orchestra. He taught in the Philippines under the auspices the JDR III Fund Project, at Plattsburg University, Cleveland State University and Dalhousie University. In 1977 he joined the faculty of the University of Kansas and retired in 2015 after teaching there for 38 years. While at the University of Kansas he was named Outstanding Educator by the Mortar Board Society. In 2015 he joined the faculty of Baker University. 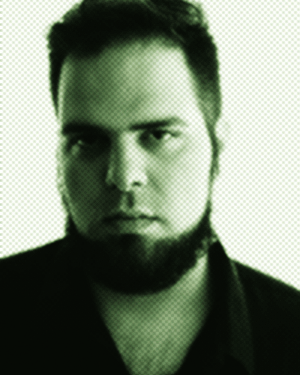 EMAN CHALSHOTORI leads a dynamic career as a performing artist. He has performed internationally in Asia and Europe as a soloist and chamber musician and made his national debut in 2002 with the Oklahoma City Philharmonic. He was most recently featured with the University of Missouri-Kansas City Conservatory Orchestra performing Richard Strauss’s Don Quixote. Eman is the principal cellist of the Topeka Symphony and associate principal cellist for the Symphony of Northwest Arkansas. He received his Bachelors of Music from Stephen F. Austin State University and a Masters of Music in Cello Performance from the University of Missouri-Kansas City Conservatory of Music. His teachers include Dr. Tess Remy-Schumacher, Dr. Evgeny Raychev, Carter Enyeart, and Mark Gibbs. 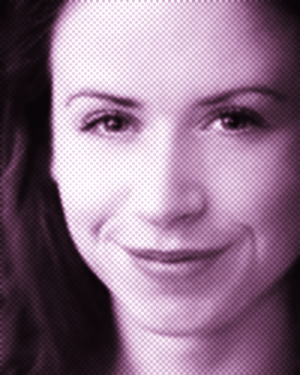 MARIA CROSBY began playing the cello at the age of six. During high school, she continued her music education at the New England Conservatory Preparatory Division in Boston. She received her bachelor’s degree from DePaul University in Chicago, and her master’s degree from the University of Southern California in Los Angeles, both in cello performance.

Maria joined the Kansas City Symphony in 2012. In addition to full-time orchestral playing, she is also an active chamber musician. She has performed on stages across the United States, Canada, Germany, France, Lithuania, Armenia, Greece, Russia, Japan, and Brazil, and has participated in a variety of orchestral and chamber music festivals, including the Aegean Verdi Festival, the Schleswig Holstein Musik Festival, the Pacific Music Festival, the Banff Chamber Music Residency, the Recontres Francoaméricaines de Musique de Chambre, the Pine Mountain Music Festival, and currently, Summerfest KC. 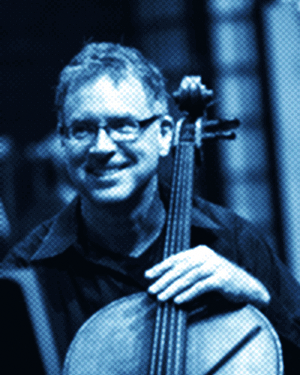 LAWRENCE FIGG, a graduate of the Curtis Institute of Music and semi-finalist at the 1986 Tchaikovsky Competition, Lawrence Figg began his professional career in Paris, France where he was a member of various chamber music ensembles including the Ensemble Intercontemporain (under the direction of Pierre Boulez), the Stajic Chamber Orchestra, the Chartres String Quartet,  the Ensemble des Deux Mondes, as well as recording for French radio and television. In 1990 he moved to Bordeaux, France where he was a member of the Orchestre National Bordeaux-Aquitaine and then principal cello of the same organization until 1999 when he joined the cello section of the Kansas City Symphony. In addition to his work with the Kansas City Symphony, Lawrence is an active soloist and chamber musician with the Heartland Chamber Music Festival, the Kansas City Chamber Orchestra, the Kinnor Philharmonic, and newEar Ensemble. Lawrence Figg is also a founding member of the Kansas City Cello Quartet as well as the Summit Duo (a violin-cello ensemble with his wife Anne-Marie Brown).  The KC Metropolis has described his playing as “beautifully lyric with great emotion.” The Kansas City Star, notes, “…stunning performance…buoyant energy.” 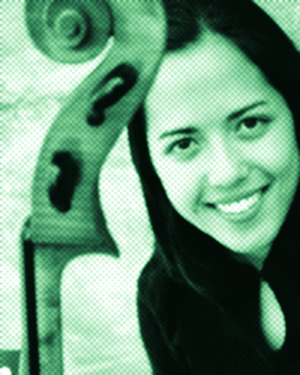 Cellist HANNAH COLLINS, winner of De Linkprijs for contemporary interpretation, is a dynamic performer who takes an active role in expanding the repertoire for cello.  With support from the Presser Foundation, Hannah spent 2009-2011 in France and The Netherlands studying contemporary European cello repertoire.  She continues to catalyze and champion the works of compelling young composers with New Morse Code, her duo with percussionist Michael Compitello.  Together, they co-direct Avaloch Farm Music Institute’s New Music Initiative, a summer residency program in Boscawen, New Hampshire designed to provide resources and workspace for performers and composers collaborating on new works.  Hannah has given solo and chamber music performances at festivals such as Orford Centre d’arts, Kneisel Hall, Aldeburgh Festival, and Musique de Chambre à Giverny.  She is a member of Cantata Profana and has recently performed with Quodlibet, A Far Cry, Talea Ensemble, and The Knights.  Praised for her “incisive, vibrant continuo” playing (S. Miami Classical Review), Hannah also appears as a Baroque cellist with the Sebastians and the Trinity Baroque Orchestra.

Hannah earned a B.S. in biomedical engineering from Yale and holds graduate degrees in cello performance from the Yale School of Music and the Royal Conservatory of The Hague.  She is an alumna of Ensemble Connect, a fellowship focused on performance, teaching artistry, and arts advocacy run by Carnegie Hall, The Juilliard School, and Weill Music Institute.  Her principal mentors have included Stefan Reuss, Ole Akahoshi, Aldo Parisot, Michel Strauss, Robert Mealy, and Marcy Rosen.  Hannah currently serves as visiting assistant professor of cello at the University of Kansas School of Music. 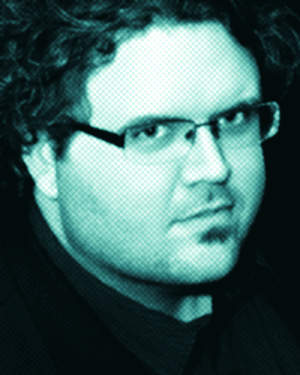 A Kansas native, JESSE HENKENSIEFKEN performs regularly as both a cellist and conductor. He serves as the Kansas Wesleyan University (KWU) director of orchestras as well as the assistant conductor and principal cellist of the Salina Symphony. He concertizes throughout Kansas, the Midwest and the U.S., having appeared at the Kansas City Lyric Opera House, NYC’s Kaufman Center, the Eastman School of Music and Lincoln Center, to name a few. He has also performed throughout the Caribbean, having worked in Guadalupe and the Bahamas. He is the recipient of the 2014 Woodworth Career Development Grant for conducting and was awarded the Mu Phi Epsilon Foncannon Conducting Scholarship Award in 2013. Henkensiefken has studied conducting at both the Manhattan School of Music and at the University of Kansas. In 2015, he had the privilege of traveling to the Tchaikovsky State Moscow Conservatory in Russia, where he had further training under the direction of Anatoly Levin. His other mentors include George Manahan, David Gilbert, Nikolai Uljanov, Paul Vermel, Leonard Slatkin and Kurt Masur. He was assistant conductor for the MSM Contemporary Opera Ensemble from 2012-14 and was director of the Ars Viva Chamber Orchestra from 2009-14. He has made guest conducting appearances with the String Orchestra of Brooklyn, the Salina Youth Symphony, the Kansas Music Educators Association and the Salina Community Theater, where he won 2015-16 “Best Musical” and “Best Musical Direction” awards. He was also a conducting participant in the 2010 South Carolina’s Conductors Institute as well as the 2013 ‘Beyond the Baton’ Conducting Seminar. As a cellist, Henkensiefken has participated in master classes with world-renowned musicians including Yo-Yo Ma, Peter Kondrashin, Daniel Weis, Libby Larsen, Mark O’Connor and Zuill Bailey. He was a Sorbel Award Winner at the 2011 Mu Phi Epsilon International Music Competition and has been principal cellist for orchestras including Ensemble du Monde (NYC), the Empire State Sinfonia (Brooklyn, NY) Kansas City Philharmonia (Parkville, MO) and the University of Kansas Symphony Orchestra (Lawrence, KS). In addition, Henkensiefken has made solo appearances with the Sine Nomine Chamber Orchestra, Lawrence Chamber Orchestra, West Coast Trans-Siberian Orchestra, Manheim Steamroller, Ensemble de Monde and the KWU String Orchestra. He performed at the 2011 St. Georges International Music Festival in Guadalupe and was principal cellist during the 2013 Ensemble du Monde Bahamas Residency. During the 2006-2007 season, he was a substitute cellist for the New World Symphony. In 2014, Henkensiefken created the annual KWU International Music Festival; a prestigious series of events that bring world-class performers and pedagogues to central Kansas for a week of music making. Currently he resides in Salina Kansas with his wife, Tatiana Tessman who is KWU Artist in Residence and Director of Piano, and their daughter Sophia Elise.