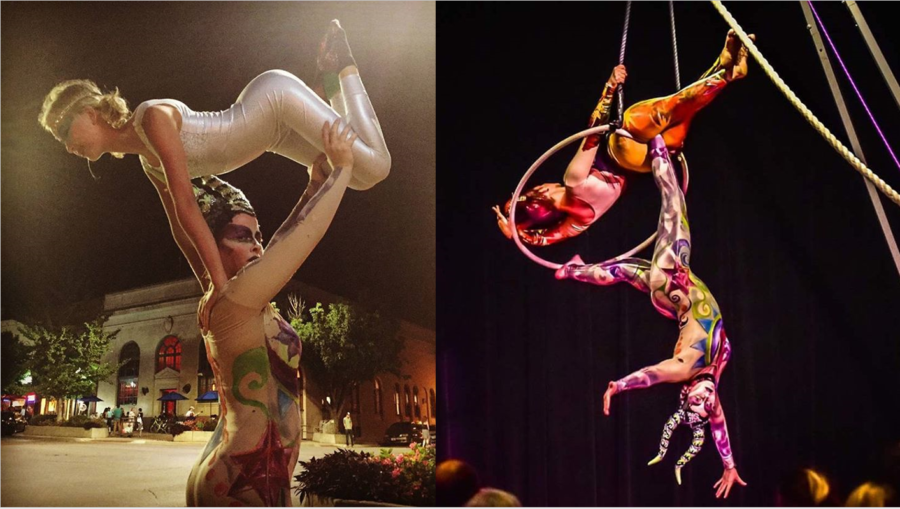 Sihka Ann Destroy is a St. Louis native who began studying body movement and performance arts in the late 90’s and shortly after began traveling around the country as a street performer. During this time she came in contact with and studied many different types of performance art. In 2010, she and her daughter Willow began their aerial dance training. Since then Sihka has trained under aerialist and acrobats from all over the country. When she moved to Lawrence in the spring of 2013, it was has hard for her not to get wanderlust and want to run away with the circus… so she decided to form one right here in town. Open since 2014, The Last Carnival is the first and only school in the area teaching circus based arts, whole body fitness, and aerial dance.

Come see Sihka and the rest of The Last Carnival crew on May 12th at Cabaret Du Monde!