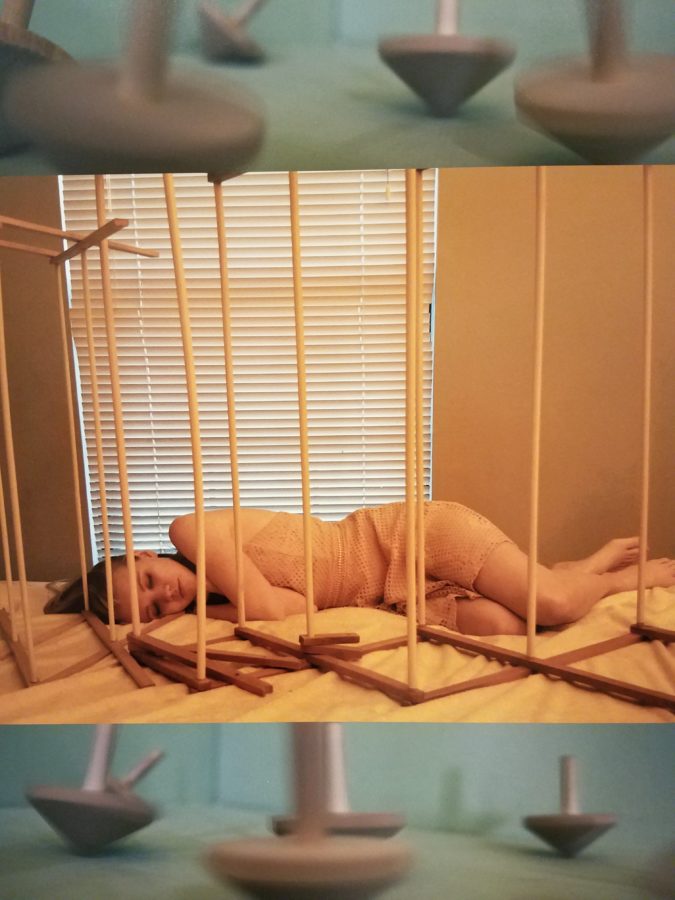 Photo credit:  “Closet in My Mind” by Malka Hampton

The Lawrence Vanguard Awards honors youth achievement in the visual arts in Lawrence public schools. Supported by a champion of the arts, the awards are focused on identifying remarkable talent, skill, and originality in young visual artists in Lawrence. The awards are open to high school youth, grades 9-12, working in visual art mediums within Lawrence Public Schools. 2D and 3D work entered into the Annual USD 497 Art Exhibition at the Lawrence Arts Center are eligible to be considered for an award. Work was selected April 27th by metalsmith Cate Richards and printmaker Tressa Jones. Winners receive their awards at a public ceremony at the Lawrence Arts Center on Friday, April 28, 6:15pm.

2017 Vanguard Award:  A prize of $1200 is awarded to each of the top 2D and top 3D high school artists included in the USD 497 show, whose work demonstrates the highest overall quality, originality and skill. The prize intended to support the student’s continued study in the visual arts.

2017 Trailblazer Award: A prize of $600 is awarded to a 2D and 3D student whose work is of high quality and demonstrates exceptional level of experimentation, innovation and skill.  The prize is intended to support the student’s continued study in the visual arts.

2017 Catalyst Award Winners: A prize of $150 is awarded to the USD 497 instructors of the winning students.  Prize money is intended to support the teacher’s continued pursuit of excellence in the classroom and studio practice.

Honorable Mentions: are awarded to recognize excellent work.  Students receive a free class at the Lawrence Arts Center which is intended to support the student’s continued study in the visual arts.

Tressa Jones, artist and printmaker, was born and raised in Massachusetts. After studying fine art and printmaking, in Boston and then in New Mexico she relocated to Missoula, Montana to pursue a MFA in Studio Art at the University of Montana, which she completed in 2016. Tressa has held the positions of Co-Director of the FrontierSpace Alternative Art Space in Missoula, MT and Instructor at the Missoula Art Museum. Jones’s work has been shown nationally and internationally. She currently resides in Lawrence, KS where she is the Lawrence Arts Center’s 2016/17 Printmaking Artist-in-Residence.

Cate Richards is an artist and jeweler originally from Providence, Rhode Island and currently operating out of Lawrence, Kansas.  Her multidisciplinary practice congregates somewhere at the intersection of metalsmithing, body adornment, and installation. In 2016 she was named one of American Craft Week’s “30 Exceptional Craftspeople Under 30”, and was granted a residency at Vermont Studio Center in Johnson, VT. She was also recently named the inaugural resident for the COTN Residency in Joshua Tree State Park in Southern California.  Cate balances her studio practice with her positions at the Lawrence Arts Center as Exhibitions Coordinator and a metals instructor, and is the current Portfolio Review Coordinator for the Society of North American Goldsmiths. Cate graduated from Baker University College of Arts and Sciences with a BA in Studio Art and Art History in 2012 and in the fall of 2017, she will begin her first year as an MFA candidate in Metals at the University of Wisconsin-Madison.