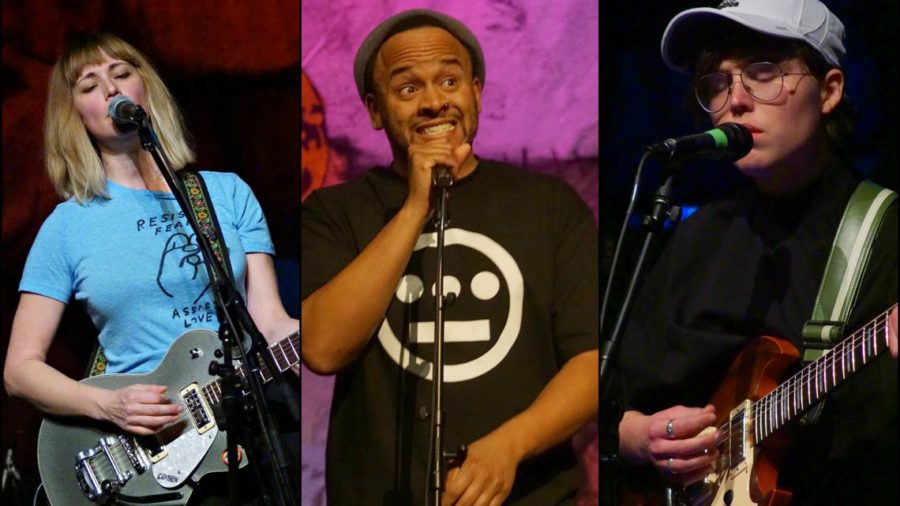 It might’ve been the most concentrated amount of local collaboration in one setting this year. Musicians spanning several genres— including indie, experimental, bluegrass, jazz, and hip hop— came together on the big stage at the Lawrence Arts Center for a night with “Songs of Hope and Despair.” The lineup included Young Manchego, This Is My Condition, Approach, Heidi Gluck and the Pony Show, Mr. and Mrs. Dodge, and Your Friend all performing songs that encapsulate the theme of the night. Most were covers, including songs by Merle Haggard, Stevie Wonder, and a handful of musicians who passed on over the last year. But there were a few originals in there as well.